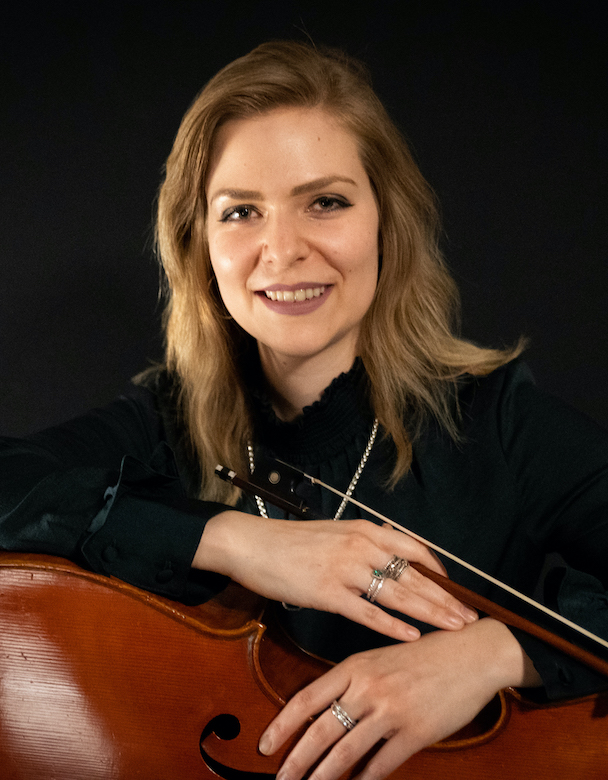 Someone looking for a great way to spend a lunch hour would be hard-pressed to do better than to head to Bryant Hall at the University of Mississippi on the first Tuesday of each month for 45 minutes of live music in a beautiful setting.

At 12:15 p.m. Tuesday (Feb. 4), Christine Kralik will perform works for cello by Bach and Hindemith, and a piece for cello and piano by Mendelssohn, for which she will be joined by pianist Amanda Johnston.

Bach’s compositions for cello are widely loved, and Kralik said many people will be familiar with his Cello Suite No. 3, which she has called “inspired and prayerful.”

Hindemith’s Cello Sonata Op.25 No.3, on the other hand, “seems so modern, but the truth is he wrote it almost a hundred years ago,” she said. “There are lots of gestures in the music that make it interesting.”

Kralik will finish with “Song Without Words” by Mendelssohn, which she said “is so pretty and romantic. It’s like an art song or lieder, but with the cello as the voice singing with the piano.”

An instructor of cello in the UM Department of Music, Kralik is a frequent performer in symphonies and chamber groups, and as a soloist. This is her first year on the Ole Miss music faculty.

Kralik’s performance for the First Tuesdays in Bryant Hall Noontime Music Series also is a great opportunity to meet and hear her ahead of her full recital, set for Feb. 24 in Nutt Auditorium.