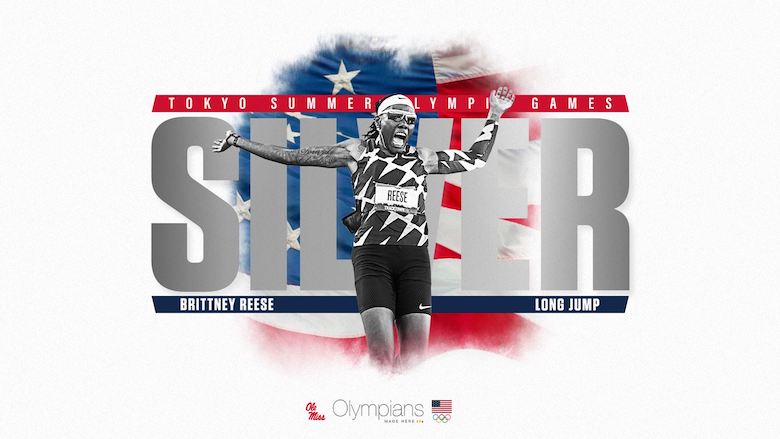 After competition at the U.S. Olympic Trials back in June, Reese confirmed expectations that this would be her final Olympic Games, and in her last appearance she did not disappoint. At 34 years old, the resplendent Reese was in medal contention from start to finish on the way to her silver medal jump at 6.97m/22-10.50 (+0.1) – a satisfying remedy to an early preliminary round exit her previous time on the global stage at the 2019 World Championships in Doha, which she vowed publicly would never happen again.

Reese faced stiff and historic competition in Tokyo on Monday amid ongoing sweltering conditions at Olympic Stadium, playing a part in the first final in world history to have all eight competitors beyond 6.80 meters. It was an extraordinarily tight final as well, featuring the second-closest medal stand in Olympic history that was separated by just three centimeters (the closest since two centimeters separated medalists in 2004). It also featured a peculiar scenario regarding ties between Reese and Nigeria’s Ese Brume, the eventual bronze medal winner.

Reese raised the ante of absurdity in the fifth round, improving her second-best total to 6.95m/22-09.75 (-0.7), but not her overall total of 6.97 meters – which was still good enough to take the lead back from Brume. This set up a wild final round of competition in which Brume improved her second-best to 6.90m/22-07.75, but in a surprise it was Germany’s Malaika Mihambo who soared from third place to take the lead and the gold medal at 7.00m/22-11.75.

Both Reese and Brume had an opportunity to go for the win, but fell just shy – giving Mihambo the third-closest margin of victory in Olympic history at three centimeters. This was a bit of déjà vu for Reese in an event already dominated by miniscule measurement differences. Reese lost out on gold in Rio back in 2016 by just two centimeters (the second-closest margin of defeat in Olympic history) to teammate Tianna Bartoletta.

For Reese, this wraps up an otherworldly career on the Olympic stage, as she now joins USA’s Jackie Joyner-Kersee (1988 Gold, 1992 Bronze, 1996 Bronze) and Germany’s Heike Drechsler (1988 Silver, 1992 Gold, 2000 Gold) as the lone women in world history to earn three career Olympic medals in the long jump. Reese was already one of just three American women all-time to make the Olympic final four times, with her four trips to the Games coinciding with a fourth-place finish in Beijing in 2008 (just three centimeters off the podium after retroactive doping bans for opposing competitors), a landmark gold medal win in London in 2012, the aforementioned narrow silver medal performance in Rio in 2016 and now her second career silver in Tokyo this year.

Reese has still maintained she may remain on the world circuit for the foreseeable future, on which she owns eight career medals – including a superb seven golds. In a stretch from 2009-13, Reese became the first long jumper from any nation – male or female – to win gold at five consecutive editions of the World Championships, and included in that stretch was her 2012 London gold medal win as well. Following tonight, Reese has made a global final – Olympics or World Championships – an astounding 13 of 15 times, with 11 of those trips resulting in a medal.

Monday night’s action from Reese marks a conclusion to competition for the Rebels in Tokyo. In total, Ole Miss athletes will bring home two medals – Reese’s silver and an additional silver from Raven Saunders in the women’s shot put. Elsewhere, Rafaelle Souza of Ole Miss soccer was a crucial member of Brazil’s national team that advanced to quarterfinal action before falling to Canada in a shootout. Also, Ole Miss rifle’s Ali Weisz was a key part of USA Shooting’s delegation, finishing 14th overall in the individual women’s 10-meter air rifle and sixth in the second stage of the mixed team 10-meter air rifle – narrowly missing the final in both.

For more information on Rebel Olympians in Tokyo, visit OleMissSports.com/RebsInTokyo.