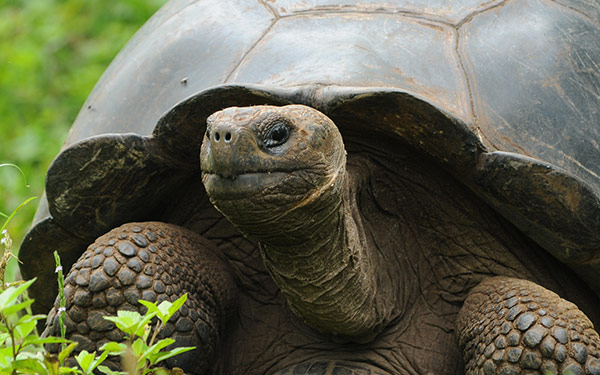 A University of Mississippi biology professor’s study of giant tortoises in the Galapagos Islands is being published in a peer-reviewed scientific journal.

Ryan C. Garrick, assistant professor of biology,  is the lead author of the paper “Lineage fusion in Galápagos giant tortoises,” in the November 2014 issue of Molecular Ecology (one of the top journals in the field of population genetics and evolutionary biology). It is accompanied by a “News and Views” perspective article, used to draw attention to high-profile research that is likely to be of interest to the public.

“The findings are of broad interest because it focuses on a geographic region central to Charles Darwin’s synthesis of ideas about evolution and natural selection,” Garrick said. “We also present unusually clean genetic data on a phenomenon occurring in nature that is rarely caught in the act: the fusion of two long-isolated lineages, one of which is very likely doomed to extinction.”