MARCH 14, 2017  |  By CHLOE RILEY for The University of Mississippi Alumni Association 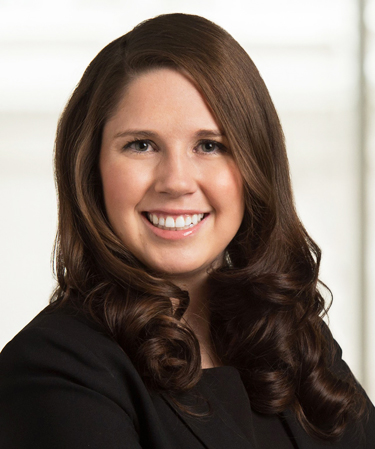 Not every job allows you to interact with clients from all over the globe on a daily basis, but for alumna Jennifer Urban (BA ’11, MBA ’13, JD ’15, LLM ’16), an associate in Cozen O’Connor’s Washington D.C. office, that’s just a minor part of her job description.

Working within the trade and transportation sector of her firm, Urban specializes in aviation and maritime law. One of the over 600 attorneys at the international law firm, Urban said no two days at work are the same.

“One hour I’ll be working on a project relating to India, the next I’ll be working on a matter for a client in the United Arab Emirates,” said Urban. “That’s one of my favorite aspects about this area of law, I’m either working with clients all over the world or on projects that have an international impact.

“We advise aviation and maritime entities on an array of topics including regulatory work, economic sanctions, business transactions and antitrust issues. The maritime team represents some of the world’s largest ocean carriers. The aviation team represents both foreign and domestic airlines, aircraft charter companies, and essentially any entities that have interactions with the aviation industry. We also work on the legal aspects of many different types of drone operations.”

As Urban navigates the waters of international law, she’s constantly learning about the way different countries and cultures operate.

“It’s a new learning experience every day,” she said. “You just have to realize anything can happen within a moment’s notice but that’s exactly what I like about this work.”

Urban’s interactions in foreign relations don’t end when the workday does; her job also allows her to attend internationally focused conferences as well as events hosted at diplomats’ residences.

Not only has Urban’s job role allowed her to learn about different countries and cultures, it has also allowed her to help with humanitarian efforts.

“One of the first projects I worked on at the firm was for Samaritan’s Purse, an aid organization,” she said. “Our team helped Samaritan’s Purse obtain an unprecedented exception from the FAA [Federal Aviation Administration] to fly its DC-8-72 cargo aircraft into Iraq, carrying medical provisions, equipment and other life-saving provisions to aid in humanitarian efforts with the thousands of refugees pouring into the war-torn city of Mosul. I was really proud to have been a part of this amazing undertaking.”

While Urban’s professional success is fueled by her passion for the aviation and maritime industries, it took both personal and educational experiences to realize that was the path she wanted to take.

A native of Littleton, Colorado, Urban was initially drawn to Ole Miss because of the Lott Leadership Institute. Deciding to major in public policy leadership and political science, Urban had no idea that one day she would enroll in law school, let alone spend nine years completing multiple degrees at UM.

A member of Phi Mu Fraternity, Urban wrapped up her undergraduate years and went back to Denver to start law school.

“I was unsure if I actually wanted to be a lawyer, so after the first year I decided to go back to Mississippi and do the MBA program,” she said. “When I was in the MBA program, I met the director of the [Master of Laws in] Air and Space program, Jacqueline Serrao.”

Urban and Serrao’s fortuitous meeting would ultimately change the entire direction of her career.

“Serrao told me about the LL.M. program and she really piqued my interest in this highly specialized area of law,” Urban said. “When I went to back to law school at Ole Miss, I ended up absolutely loving it.”

The LL.M. in Air and Space Law program at Ole Miss is one of the three in the world, and the only one of its kind in the United States.

“The professors and the program are so wonderful, and we are fortunate to garner international perspectives from professors who Skype in from all over the world,” she said. “I stay in contact with Professor Patrick Honnebier, the aircraft finance law professor, who skyped in from the Netherlands. His advice and expertise in this unique area has been instrumental in defining my career path. Also, Professor Honnebier’s desire to make sure his students succeed and the networking opportunities he helps to provide are very special aspects of the LL.M. program.”

Her introduction to air and space law was also influenced by her love for travel.

“I knew I wanted to work in a career involving international relations and hopefully get the chance to travel, whether it was in a business or legal position,” Urban said.

She has visited over 40 countries thus far and desires to visit every country during her lifetime.

Not only did Urban’s travel bug influence her to go into aviation law, she also saw the importance of international cultural understanding within the business world.

“Aviation and maritime are two ways different cultures are connected throughout the world. They not only represent means of transportation, but are how we conduct trade, provide international support, promote the exchange of knowledge, etc.,” Urban said. “These sectors facilitate cultural awareness, and I believe the solution to many of the world’s problems could be found through greater cultural understanding.”

After a trip to the Philippines as Serrao’s research assistant, Urban said it was the defining moment where she knew she picked the right career path.

“It solidified my decision that aviation was going to provide the global experience I wanted, and the education I would get from the aviation professors at the law school would be critical in developing my knowledge in this area.”

While Urban’s work is by no means easy, it has been extremely rewarding along the way.

“I get to work with distinguished and well respected individuals within my firm, and the partners are recognized as some of the nation’s top aviation and maritime attorneys,” Urban said. “I’m getting the opportunity to speak with so many key industry leaders, and I am so fortunate to have the chance to learn from these preeminent individuals. I greatly appreciate all the support and opportunities that they have provided thus far. One of the most rewarding aspects of my job is getting to connect with so many diverse people and emulate the characteristics that led to their accomplished carriers, because that is what helps me grow as an attorney.”