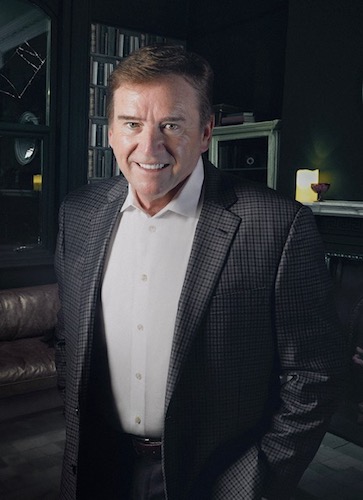 Dr. Darden H. North has practiced obstetrics and gynecology for nearly 35 years at Jackson Healthcare for Women in Flowood, Mississippi. A native of the Mississippi Delta, he is a nationally-awarded author of multiple mystery and thriller novels.

Darden North, MD, was born in Jackson but grew up in Cleveland, Mississippi, where he graduated from Cleveland High School as valedictorian. North finished Ole Miss magna cum laude in 1978 and was selected into the Hall of Fame—serving as vice-president of the Associated Student Body, president of the Interfraternity Council, and Editor of the 1978 Ole Miss yearbook. He was the first male student inducted into Mortar Board at Ole Miss and was also a member of ODK. North completed medical school in 1982 and ob/gyn residency in 1986, both at the University of Mississippi Medical Center where he was Editor of the 1982 Medic yearbook and inducted into Alpha Omega Alpha. More recently, North has served as Chairman of the Board of the Mississippi Public Broadcasting Foundation and on the Editorial Board of the Journal of the Mississippi Medical Association.  A board-certified, full-time obstetrician-gynecologist and daVinci Robotic Surgeon at Jackson Healthcare for Women in Flowood, Mississippi, North lives in Jackson with wife, Sally, where they enjoy family, travel, and outdoor activities. Also a published author, Darden North’s five mystery and thriller novels have been awarded nationally, most notably an IPPY in Southern Fiction for Points of Origin. He has presented and served on author panels at writing conferences including the Natchez Literary and Cinema Celebration, Killer Nashville, and Murder in the Magic City. He also speaks at book clubs and book signings. The Friendly Enemy is North’s upcoming sixth novel and Party Favors, his seventh. Darden North’s author website is www.dardennorth.com.