Aliens are Coming to March Edition of Science Cafe 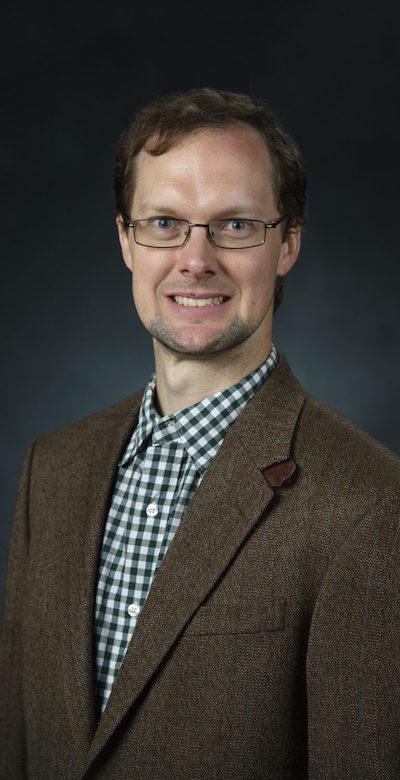 The detection and possible impact of alien molecules from deep space are the topic for a monthly public science forum organized by the University of Mississippi Department of Physics and Astronomy.

The spring semester’s third meeting of the Oxford Science Cafe is set for 6 p.m. Mar. 19 at Uptown Coffee, 265 North Lamar Blvd. Ryan Fortenberry, UM assistant professor of chemistry and biochemistry, will discuss “The Alien Molecules of Space.” Admission is free.

“The ‘vacuum’ of space actually has stuff floating around in it,” Fortenberry said. “Because it is so cold and such low pressure, strange molecules can float around out there. Some are actually common, but many are strange.”

Fortenberry’s 40-minute presentation will discuss some of the novel molecules, how they were detected and what they mean for human beings.

“I hope people will learn that they are made of ‘star stuff,’” he said. “Crazy stuff is out there, but also some normal things. Only by asking these hard questions can new science be gained.”

Fortenberry’s colleagues said the lecture should be most interesting.

“Dr. Fortenberry shares fascinating yet understandable knowledge gained from his research at NASA,” said Marco Cavaglia, UM professor of physics and astronomy. “His discussion of alien molecules and their effects upon the Earth should be most enlightening.”

Fortenberry received his bachelor and master’s degrees from Mississippi College and his doctorate in physical chemistry from Virginia Tech University. He worked as a postdoctoral research associate at NASA Ames Research Center in Mountain View, California, in 2012.

He was on the faculty at Georgia Southern University and leads the Computational Astrochemistry Group at UM. A prolific author, Fortenberry has written one book and numerous articles published in peer-reviewed journals.