A Life of Service

UM graduate dedicated to serving in both military and government 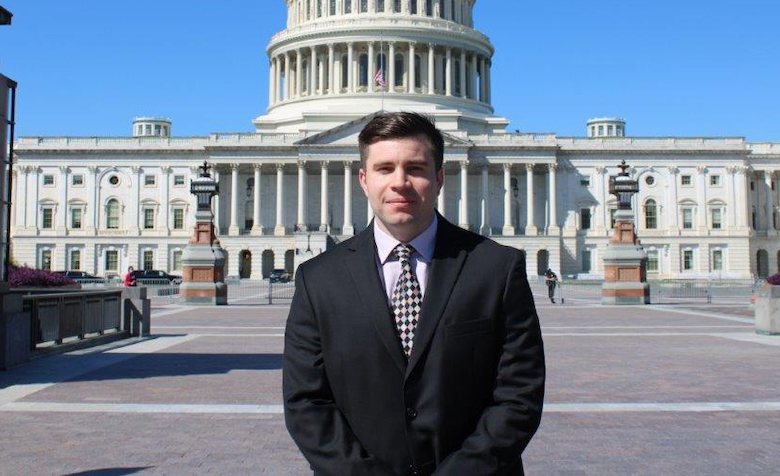 Kaleb Digby, a 2017 UM graduate, has been dedicated to serving his country since he his freshman year at Ole Miss. He works for the U.S. Army and on Capitol Hill. Submitted photo

Kaleb Digby, a 2017 University of Mississippi graduate, has been dedicated to serving his country since he was a freshman in college. The alumnus, who works for the U.S. Army and on Capitol Hill, was a member of the Reserve Officers’ Training Corps program at two institutions.

Digby grew up as an Ole Miss fan because some of his family members were also alumni. He attended Corinth High School and then enrolled in the ROTC program at Northeast Mississippi Community College.

The Northeast Mississippi Community College ROTC shared sisterhood with the university’s ROTC program at the time. Housed at colleges around the United States, ROTC programs train students for commissioning as officers into the armed forces.

“Even though I’ve been a lifelong fan, a big driving force pushing me to Ole Miss was that the programs for ROTC at Northeast and Ole Miss were connected,” he said.

“The applied sciences department at Ole Miss does a great job,” Digby said. “The criminal justice degree can be used in several aspects of government work, law enforcement or homeland security. I always knew that I wanted to work in some government role.”

He was dedicated to helping the American people with whatever capacity he could.

“I just wanted to serve people,” Digby said. “A criminal justice degree is pretty broad; (you can) work with a three-letter agency or work for the government. Another reason (for this degree) was that I had to have a four-year degree to commission as an officer in the Army.”

When Digby graduated in 2017, he traveled to the U.S. Army’s Fort Irwin National Training Center in California, where he went to military school before being deployed to Syria and Kuwait. He was able to connect with other Ole Miss graduates in Syria who had commissioned in the same unit.

Returning to the United States in 2020, he started looking for a job that would place him on Capitol Hill.

“I reached out and contacted Rep. Trent Kelly’s office,” Digby said. “His deputy chief of staff got back to me. Then, I went into the process of sending them my resume and doing several interviews. I landed the internship, which I hope will eventually end in a full-time job.”

In this full-time role as an intern, Digby connects with Kelly’s constituents over phone and electronic media and expresses their needs to the legislative team and to the congressman himself.

“My day-to-day life includes answering phone calls and emails,” Digby said. “I do anything I can to assist the legislative staff and make their job easier. That could include running legislation from one office to another and delivering messages.”

Looking back at his time at Ole Miss, Digby said he had multiple options on the table. That experience moved him to share a piece of advice for students.

“Apply to different things and keep your options open,” Digby said. “If several things interest you, then apply for all of them. See what doors open up for you.”