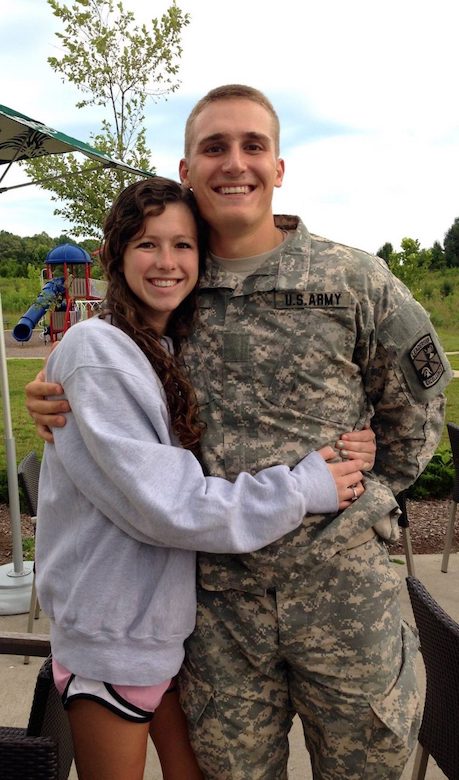 Members of the military make incredible sacrifices when deployed to serve their country, but a group of University of Mississippi alumni wants to make sure that staying in touch with their families doesn’t have to be one of those costs.

A group of Ole Miss families have come together to launch Wi-Fi for Warriors, a new 501(c)(3) nonprofit organization that seeks to help those serving overseas in the military cover the cost of internet access while on base. The organization was started in September and, in just one month, has raised $20,000 to keep soldiers connected with their families in the United States.

First Lt. Michael Resha’s deployment to Afghanistan last October brought this need into focus, after his wife, Morgan, realized connecting to private internet on base came with an added expense of $100 they had not anticipated.

“We both knew that it was important for us to talk to each other, so we moved our budget around to manage the additional expense,” said Morgan Resha, a 2015 UM communication sciences and disorders graduate. “We were without contact for about a week before we worked things out. That was one of the longest weeks of my life.”

Lt. Col. Resha, a 2016 UM political science graduate who participated in Army ROTC and was commissioned after graduation, and his wife were stationed at Joint Base Louis McChord near Seattle-Tacoma, Washington. When their family and friends learned of their financial predicament, they quickly and generously responded.

“Our family and friends pulled together and raised money to support him while he was gone,” said Kendall Crumbaugh, a 2019 Ole Miss alumnus who lives in Birmingham, Alabama. “While we were talking about it, we realized we are so lucky that we have these people to support him, but what about the people who don’t?

“They’re already making such big sacrifices. They shouldn’t have to worry about how they’re going to talk to their family.”

While some Wi-Fi is offered on base for soldiers, the connection doesn’t allow capabilities to connect to popular communication apps such as FaceTime or Skype.

“A camp typically supports about 3,000 to 4,000 soldiers and within that, there is one room that has 10 computers set up, and the commander will tell you that if there are fewer than five soldiers there, then a (web)page loads in about three minutes,” said Laura Crumbaugh, Kendall Crumbaugh’s mother.

Wi-Fi may seem like an unnecessary luxury, but small matters can have a huge impact on a soldier overseas who gets to FaceTime with his or her spouse. So far, Wi-Fi for Warriors supports platoons based out of Seattle but hopes to expand its reach.

Through their website, would-be donors can fill out an application, donate and find more information about the Wi-Fi for Warriors missions. In return for a donation of $250 or more, givers receive a metal bracelet with a soldier’s name and area on it.

“Through this, you will be able to keep him or her in your thoughts and prayers during their deployment,” Laura Crumbaugh said.

“Since we started two months ago, we’ve sold more than 200 T-shirts through our website and have already raised more than $20,000, enough money to pay for a platoon Wi-Fi while they are serving in Afghanistan,” Kendall Crumbaugh said.

To make donations or for more information, visit https://www.wififorwarriors.com/.