When Faculty Give Back: Gispens Create Endowment to Support Croft Institute 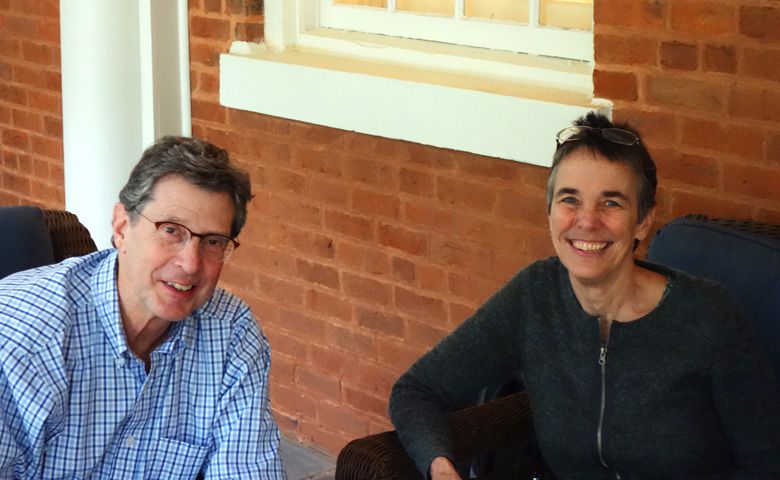 Though he recently retired as executive director of the Croft Institute for International Studies at the University of Mississippi, Kees Gispen’s interest in the institute will continue indefinitely.

Gispen and his wife, Dr. Jean Gispen, who joined the university as its employee-health physician in 2005, worked with the UM Foundation to create the Croft Institute Enhancement Endowment, which will ultimately provide income for discretionary spending by the executive director of the Croft Institute.

The Croft Institute helps students develop and strengthen an outward orientation — to transcend the horizons of their local community, their region and the nation as a whole – and learn about the world beyond U.S. borders. Its rigorous, interdisciplinary curriculum is designed to prepare students to meet America’s global challenges.

“My wife and I are true believers in the mission of the Croft Institute,” Gispen said. “We think it is especially important that there is a program such as this in Mississippi. Our years as the stewards of the institute have been enormously rewarding, and so we decided that as a small token of our gratitude and appreciation, we wanted to make this contribution.”

Chancellor Jeffrey Vitter praised the Gispens for their generous support and echoed the importance of the mission of the Croft Institute. “The education and experiences offered by the Croft Institute produces graduates who have an impact on the health and vibrancy of lives and communities, here at home and around the world,” Vitter said.

The institute is generously supported by the Joseph C. Bancroft Charitable & Educational Fund and the university with much of the budget committed to salaries, faculty support, operations, and Croft scholarships.

“When members of our faculty have such deep passion for the university and its programs that they want to give back, it makes me proud of the academic experience that undoubtedly fosters such loyalty,” UM Provost and Executive Vice Chancellor Morris Stocks said. “The Gispens have been part of the fabric of our university for decades and we are thankful for the generosity they’ve shown with this gift and in many other ways.”

Gispen joined the faculty at UM in 1983 as assistant professor of European history. He started teaching for the Croft Institute at its inception in 1998 and was named associate director in 2005. Two years later, he began to lead the institute.

“Looking back to the time when I first arrived here by myself in a U-Haul truck with my car in tow and a load of student debt, I am deeply grateful to Mississippi for giving me an opportunity to make so many friends, meet my wife, develop my potential as a teacher, researcher, and in the phase of my career that just ended, as the head of the Croft Institute. Mississippi has been good to me, and I have given it my best,” Gispen said.

During his time as executive director, the size of the Croft Institute student body nearly doubled with the entering freshman class increasing from 45 in 2007 to 85 this fall.

“It’s probably the most selective program on campus – and the Institute’s reputation nationally has grown to the point that more than half our students are from out of state,” Gispen said.

Additionally, the Croft retention and graduation rate improved with Gispen at the helm and Croft students are significantly over-represented among Phi Beta Kappa inductees and Taylor Medal winners.

Under his leadership, the Institute facilitated a close relationship with the Korea Foundation, which funded a visiting professorship for two years and awarded the institute a major grant that will help pay for a permanent, tenure-track position in Korean studies. It also added the Middle Eastern regional concentration to complement the Modern Language Department’s Arabic language program and major — a focus that is supplemental to the institute’s regional concentrations in East Asia, Europe, and Latin America.

Gispen said he’s proud of the success Croft graduates have had after college: almost 75 percent go to graduate school, including studying international affairs at top universities in the U.S. and abroad. Many attend top-ranked law schools and medical schools or pursue advanced degrees in business, accountancy, economics, foreign languages, sociology, political science, and other fields. Others are lawyers, teachers, business executives, administrators and professors across the country and abroad.

“There is a whole community of Croft alumni working in Washington, D.C., in a variety of functions in government, including the State Department and the intelligence community, in the private sector as government contractors and in non-government organizations,” Gispen said. “These talented alumni are living proof of the great contribution our state and university are making to the nation.”

The Croft Institute Enhancement Endowment is open to gifts from individuals and organizations. To contribute, send checks with the endowment name noted in the memo line to the University of Mississippi Foundation, 406 University Ave., University, Miss. 38655; or visit www.umfoundation.com/makeagift.