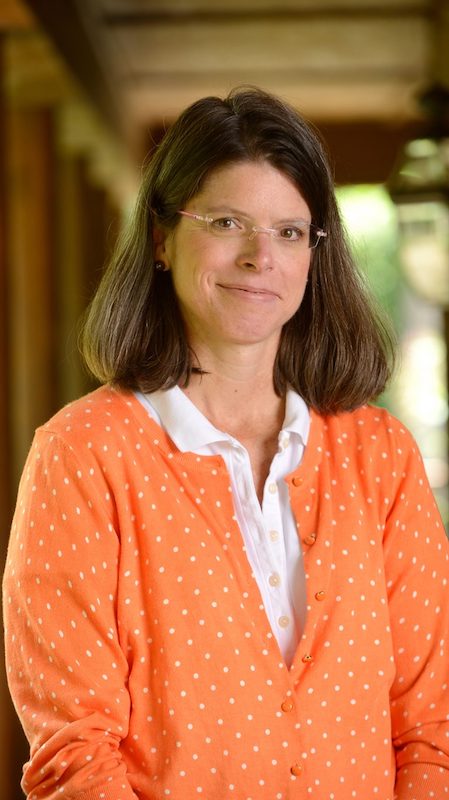 A University of Mississippi professor of history and international studies is headed to Japan on a Fulbright U.S. Scholar Award to work on a book about American whalers in the North Pacific in the 1800s.

Noell Wilson, chair of the Arch Dalrymple III Department of History and Croft associate professor of history and international studies, will travel to Sapporo, where she will be affiliated with Hokkaido University, for the 2017-18 academic year. She plans to complete archival work on a book about the experience of American whalers in Asia in the 1850s and 1860s, provisionally titled “The Birth of a Pacific Nation: Hokkaido and U.S. Whalers in Nineteenth Century Japan.”

Wilson said the award is immensely important because it will allow her to do the archival research, and also will help her find Japanese collaborators for a public history project she is planning with curators of the New Bedford Whaling Museum in New Bedford, Massachusetts.

“While in Japan, my goal is to finish collecting manuscript documents and maps related to the U.S. whaling industry’s interactions with Japanese officials, merchants and sailors in the 1850s and 1860s to add an overlooked chapter to the early history of United States-Japan relations,” Wilson said.

Wilson is among more than 800 U.S. citizens who will teach, conduct research and/or provide expertise abroad for the 2017-2018 academic year through the Fulbright U.S. Scholar Program. Recipients are selected on the basis of academic and professional achievement, as well as record of service and demonstrated leadership in their respective fields.

The program is the flagship international educational exchange program sponsored by the U.S. government and is designed to build lasting connections between the people of the United States and the world. It is funded through an annual appropriation made by Congress to the U.S. Department of State.

The program was created in 1946 through legislation offered by the late U.S. Sen. J. William Fulbright, D-Ark., and it has given more than 370,000 students, scholars, teachers, artists and scientists opportunities to study, teach and conduct research, exchange ideas and contribute to finding solutions to shared international concerns. Its alumni include 57 who have been awarded the Nobel Prize, 82 who have received Pulitzer Prizes and 37 who have served as a head of state or government.

After earning a bachelor’s degree in history from Wake Forest University in 1994, Wilson spent a year with the Japanese Exchange and Teaching program in Hokkaido, Japan, before returning to complete a master’s degree in regional studies/East Asia in 1997 and a doctorate in history and East Asian languages in 2004, both at Harvard University.

Her first book, Defensive Positions: The Politics of Maritime Security in Tokugawa Japan, published in 2015, focused on the influence of coastal defense on early modern state formation.

Wilson is no mere “ivory tower scholar” as her interest in long-distance sailing is not purely academic, said Jeff Watt, who will serve as the history department’s acting chair while she is away. Wilson and her husband, Gary, are planning to retrace the route of the American whalers by sailing a 40-footer from New Bedford to Hakodate, Japan.

Wilson is a star among other historians of early modern Japan, Watt said. Her first book, which dealt with the politics of maritime security during the Tokugawa regime dynasty, was innovative and very well received, but her second project looks to be even more cutting edge, Watt said.

“Delving into both American and Japanese sources, she is researching the influence of 19th century American whalers on the transformation of Japan into a Pacific nation, a major maritime power that became more focused on the vast open sea rather than on Asia,” Watt said.

“Professor Wilson is the rare complete package: a brilliant scholar, motivating teacher, and exemplary citizen to the College of Liberal Arts and the University of Mississippi.”