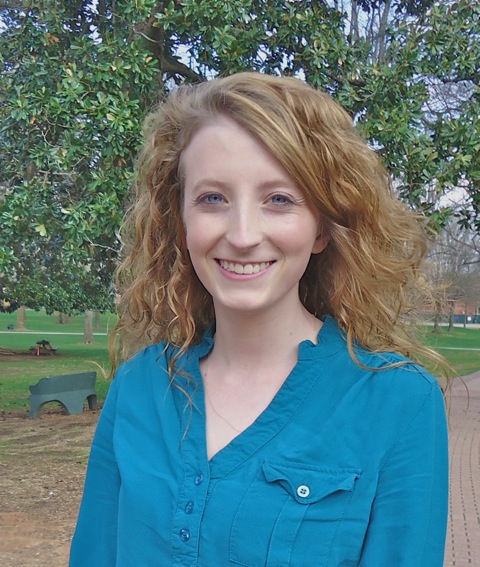 “I have an innate desire to stay in Mississippi and give back to the community that has given so much to me,” said Ables, a biology major from Florence. “As a result, I know that the Mississippi Rural Physicians Scholarship Program (MRPSP) is the right choice for me. There are multiple communities in desperate need of physicians, and I think I can do the most good for the largest number of people here.”

The Mississippi Rural Physicians Scholarship Program exists to combat the state’s health-care crisis. With enough participants like Hollie Ables it will succeed.The scholars receive $120,000 in support and direct admittance into the UM Medical Center School of Medicine. In return, graduates complete a residency in one of five specialties—family medicine, obstetrics and gynecology, pediatrics, medical pediatrics, or general internal medicine—and commit to practice for least four years in a town of fewer than 20,000 residents, located more than 20 miles from a medically served area.

In preparation for medical school, Ables worked with Carol Britson, instructor of biology, on a research project to develop a laboratory protocol for manipulating the glucose level of commercially available bovine blood. “Because of the prevalence of diabetes and lack of simple endocrine experiments, we developed a laboratory protocol to increase student knowledge of the disease and the diabetic testing process,” Ables said.

Students in the anatomy and physiology class performed the experiment using glucose meters to highlight pancreatic endocrinology and the results of pancreatic malfunction. Relatively inexpensive, it takes under an hour. Students completed a pre-laboratory and post-laboratory survey designed to assess their knowledge of diabetes and to record and tabulate the results. Most (164 of 209 students) reported an increase in knowledge and an overwhelming majority (190) enjoyed the lab exercise.

“Researching and learning about multiple aspects of diabetes has been very enlightening,” Ables said. “Diabetes has become a serious problem for this country both financially and medically. I can only hope that this laboratory exercise will help educate students about the disease.”  Read more about her research here>>

Education that is particularly important for those planning to work in the health field in Mississippi. The state ranks second in the nation for diabetes prevalence with medical expenses totaling $2.74 billion in 2012, according to the American Diabetes Association.

In 2013, the Rural Dentists Scholarship was created to address another area of need.