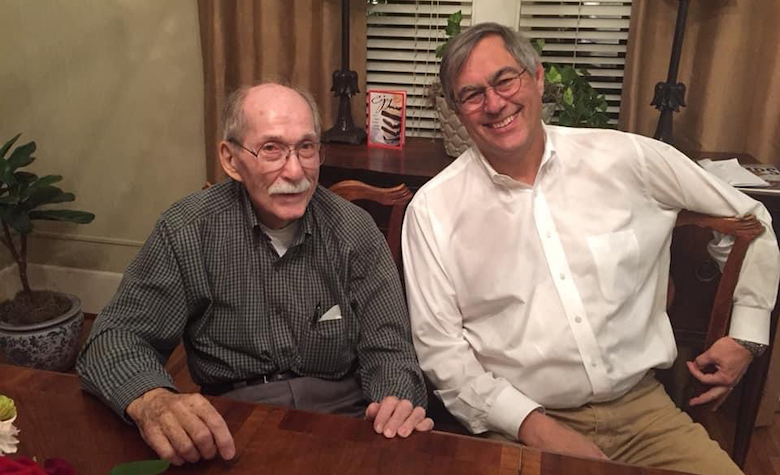 A native of Clarendon, Arkansas, Knight completed his master’s degree in combined science, which included biology, physics and geology, and his doctorate in biology from UM. He joined the faculty as a graduate assistant in 1964 and was subsequently promoted to instructor, assistant professor, associate professor and professor. Knight became director of the Biological Field Station in 1979 and served until his retirement in 1991.

Scott Knight, the field station’s current director, said he is proud to carry on the legacy of the work his father originated.

“After more than 30 years working for the U.S. Department of Agriculture, I feel really blessed to have the opportunity to follow in his footsteps,” Knight said. “All of our family graduated from Ole Miss, so it’s a unique family tradition. I know my dad was proud of me stepping into the same role he had so many years ago.”

Former colleagues and students also shared their memories of times and conversations with Knight.

“Luther was the first Ole Miss professor I met in 1987,” said Glenn Parsons, professor of biology and director of the Center for Biodiversity and Conservation Research. “He picked me up at the Memphis Airport when I interviewed for my position at Ole Miss.

“I recall his truck had red Mississippi mud in the floor and we were held up momentarily on the ride back to Oxford by a fellow in a wagon that was being pulled by two mules. Being from the South, I felt right at home! I will miss Luther’s stories and his kindness.”

Tina Smith, of Oxford, a former graduate student of Knight’s, recalled how calm he remained when she and some other students had a close encounter with a water moccasin.

“I was the TA for an ecology class and we took the class out to the station and they were going to collect specimens by pulling a seine through one of the ponds,” Smith said. “A group of students, including Dr. Knight’s youngest son, Charles, was manning the seine.

“When they finished and brought it out of the water, the class instructor told them to never plunge their arms down in the net. They might find a snake.”

As the instructor cautioned the students, he did exactly what he told them not to do. That’s when he realized he was pulling a water moccasin out of the net, Smith recalled.

“All the students standing on the levee started screaming and running away, and at the same time, Dr. Knight is coming toward them with a hog nose snake,” she said. “That happened over 40 years ago, and Charles and I remembered it as clearly as if it happened last week.”

Edmund Keiser, chair emeritus and professor emeritus of biology, said he met Knight in 1976 when he accepted the position as the department’s chair.

“Luther was one of the two biology department faculty I often consulted with when I was urging Ole Miss administrators and board members to acquire the lands we now call the University of Mississippi Biological Field Station,” Keiser said. “I also talked with Luther frequently on many other issues related to the Department of Biology. I felt as if I have lost a very dear friend.”

Michael Dingerson was associate vice chancellor for research and dean of the Graduate School at the time of the publication of Knight’s “A History and Description of the University of Mississippi Biological Field Station.” Dingerson wrote the booklet’s “About the Author” page.

Luther Knight works in his lab at the Department of Biology. Submitted photo 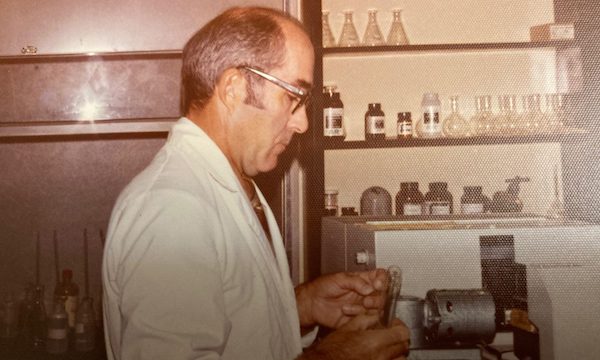 Luther Knight works in his lab at the Department of Biology. Submitted photo

“Dr. Knight is the important driving force behind all of the accomplishments enjoyed by The University of Mississippi at its Biological Field Station,” he wrote. “My first association with Dr. Knight and the BFS occurred about nine years ago when we visited what was mostly an overgrown area of a few ponds and lots of weeds. Most of Dr. Knight’s efforts were directed at trying to keep up with the weeds and in supporting a few research projects.

“However, I recognized from previous experiences what an unbelievable resource the BFS would be to the university. It didn’t take much coaxing of Dr. Knight to begin to hear his vision about the future.”

Since its inception, the Field Station has provided a facility for obtaining field-tested-environmental information dealing with such diverse topics as runoff and sedimentation, sports fisheries development, stream and wetland ecology, and aquatic vertebrates and invertebrates. Research examining the toxicological effects of various chemical substances on the environment is an important focus there.

The UM Field Station greatly increases the research and educational capabilities of multiple academic and research divisions of the university, and has allowed continued collaboration and research affiliation with state, federal and private agencies.

Reflecting his devotion to his students and to the Field Station, the Luther Knight Graduate Student Research Fund helps students continue their work at the research facility.

During his career, Knight was a member of many professional organizations in biology, aquatics and fisheries biology, including, but not limited to, Sigma Xi, Beta Beta Beta, American Society of Limnology, American Fisheries Society and the Association of Southeastern Biologists. He was active within the community and was a former member of Oxford Kiwanis Club and a faithful member of St. Andrew’s United Methodist Church.

A 1949 graduate of Clarendon High School, where he was nominated to attend Boy’s State in 1948, Knight was the recipient of the Danforth Award and was class co-salutatorian. Following high school, he proudly served as a staff sergeant in the U.S. Air Force from January 1950 to January 1954 before joining the Reserves, where he completed three years of inactive service.

Knight dabbled in his creative side and was a talented author and painter. He enjoyed spending time with his family and fishing. Besides his parents, he was preceded in death by his wife, Janis King Knight, and two sisters, Helen C. Cantrell and Betty Box.

Survivors include his sons, Scott Knight, and his wife, Kathy, of Oxford; and Charles Knight, of Jackson; a brother, Ronald Knight, of Plano, Texas; and three grandchildren.

Expressions of sympathy or memorial contributions in Knight’s memory may be made to the UM Foundation to benefit the UM Field Station. Send contributions, with the name of the fund noted on the check, to 406 University Ave., Oxford, MS 38655; or give online at https://give.olemiss.edu.