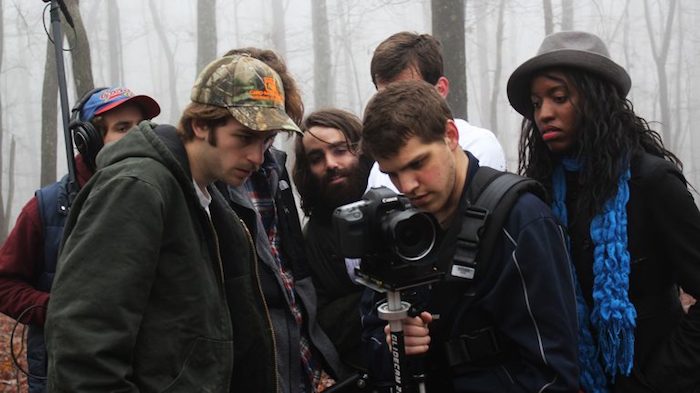 The UM Department of Theatre Arts has created a new Bachelor of Fine Arts in film production and another in acting for stage and screen. Submitted photo by Jordan L. Smith

The University of Mississippi Department of Theatre Arts has created a major in film production and another that combines acting and musical theater to give students more diverse skill sets to enter today’s ever-changing entertainment industry.

Classes for the two new Bachelor of Fine Arts programs begin this fall.

The new degree in film production should be a big improvement from what students were able to accomplish when only an interdisciplinary cinema minor was offered, said Michael Barnett, chair of the Department of Theatre Arts.

“We’re very excited about the work that we’re going to be able to do with our students and also the work that they’re going to be generating,” Barnett said. “We’ve already seen a lot of student success in filmmaking, through the minor, with a number of students having their films being accepted into film festivals, not just here but internationally.

“We have every expectation that with a more concentrated curriculum we will broaden that success.”

“The students will have a foundation in acting for the stage and acting for the screen and musical theater,” Barnett said. “We will have a number of electives they can take to focus where their interests lie while still having the exposure to all these different areas, which will make them a more well-rounded performer.”

The new curriculum offerings also include capstone classes in which students from both majors will work together to create films. The department faculty sees a future in which all students in the program will collaborate.

The new majors create an environment in which students can experience the industry connections between theater and film, said Alan Arrivée, associate professor of cinema and head of the B.F.A. in film production program.

“It is a sea change for this department and an exciting moment both for those teaching the various aspects of these two related areas and those learning from them,” Arrivée said. “Students will understand the close similarities and distinct differences between these fields and have the skills at their disposal to better navigate the professional world.”

Students also will benefit from the department hiring a new postproduction specialist, Sarah Hennigan, who comes to Ole Miss from the University of Texas, which is one of the nation’s top film schools, said Harrison Witt, assistant professor of film production. Hennigan starts in August.

“Her editing and color-grading background will have an immediate impact on the quality of student work, as well as the level of professional skills students will have upon graduating from the University of Mississippi,” Witt said.

Lucinda Roberts, a freshman from Picayune, who is pursuing a B.F.A. in theater arts with an emphasis in film production, said, “I want to be in an environment where freedom of expression is not only welcome, but expected, and I look forward to the immersive experience that this program will offer me.”

The new acting curriculum has a solid core of movement and voice and also rigorous actor training, said Matthew R. Wilson, assistant professor of performance. In the first year, students will train in realism for screen, which then in the second year is expanded into other styles for stage, such as classical acting and musical theater performance.

Then students will have an opportunity to select from a variety of specialized electives, including more dance and musical theatre, additional classical styles, or more advanced screen-acting techniques.

“Our belief is that the performer of today needs the skills to move across various styles and media, so we want them to graduate having touched all aspects of performance, further developing their strengths and also improving on their areas for growth,” Wilson said.

“Knowing that our faculty has spent so much time collaborating on and creating this new and improved curriculum has me beyond excited to be a part of the B.F.A. in acting for stage and screen program,” Patti said. “I am ready to diversify myself as a performer.”