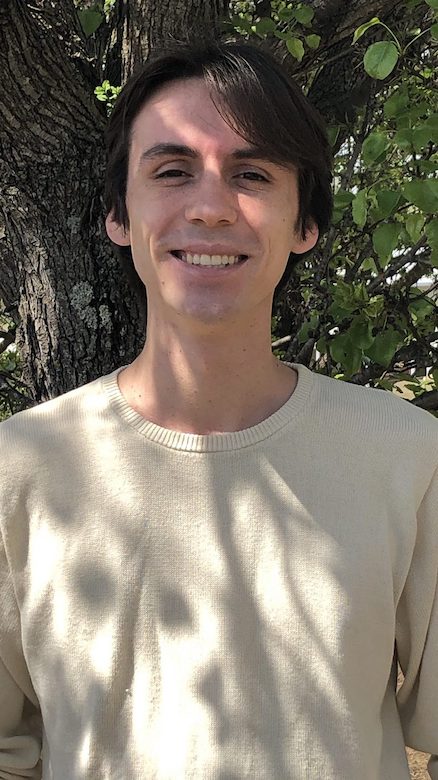 Jax Dallas, of Caledonia, is one of the University of Mississippi’s newest Goldwater Scholars. The junior physical chemistry and math major is conducting research in computational astrochemistry. Submitted photo

Two juniors in the Sally McDonnell Barksdale Honors College at the University of Mississippi have been awarded coveted Barry S. Goldwater Scholarships.

Jax Dallas, a physical chemistry and mathematics major from Caledonia, and William Meador, a chemistry major from Carbondale, Illinois, are the university’s 15th and 16th Goldwater Scholars.

The Goldwater is one of the oldest and most prestigious national scholarships in the natural sciences, engineering and mathematics in the United States. It identifies and supports exceptional sophomores and juniors who show promise of becoming this nation’s next generation of research leaders in these fields.

“We are extremely proud to count Jax Dallas and William Meador as two of the top students in the country and happy the Goldwater Foundation recognizes the research excellence that occurs at the University of Mississippi,” said Douglass Sullivan-Gonzalez, Honors College dean. “Both Jax and William have shown their commitment to research as well as to mentoring the next generation of science leaders.

“The Office of National Scholarship Advisement enjoys working with all students who demonstrate through their research and civic engagement that the University of Mississippi provides a rich environment for learning and that our students prove they are equal to their peers across the country.”

“It has been almost a year since I was recommended to apply for the scholarship, and since then, it has constantly been on my mind,” said Dallas, who plans to continue his computational astrochemistry research at Ole Miss. “After such a wait, I was excited to have finality, and I am very grateful it came as good news.”

Meador said the Goldwater honor is the most meaningful achievement he has received to date. 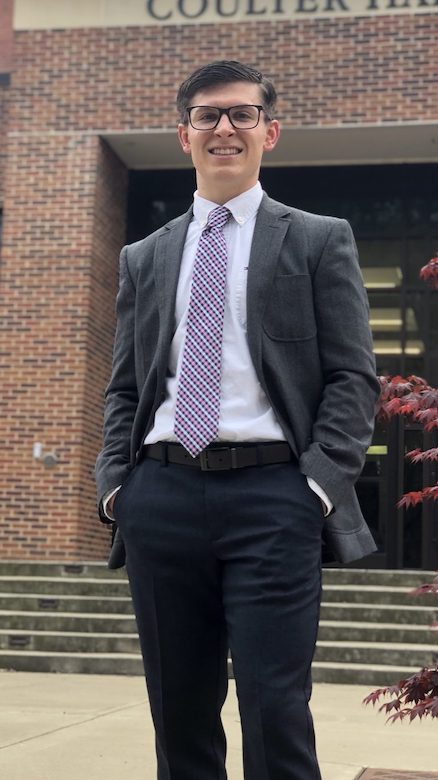 William Meador, of Carbondale, Illinois, is one of the University of Mississippi’s newest Goldwater Scholars. The junior chemistry major is studying dyes that absorb and emit light in near-infrared wavelengths in hopes of developing new biomedical tools. Submitted photo

“To be recognized for something that I love doing is really a great feeling since I have put so much time towards and feel so passionate about the research I am able to do here at the university,” said Meador, whose research focuses on the design, synthesis and testing of the properties of dyes that absorb and emit low-energy light for potential use as biological imaging materials.

Indocyanine green is an FDA-approved biological imaging dye that is used in surgical techniques to help surgeons map blood flow throughout a patient. ICG is not a perfect dye, though, as it has low resolution, is not very bright and is not very photostable, meaning it degrades quickly upon prolonged irradiation.

“Our goal is to synthesize a dye that improves upon all of these metrics and outcompetes ICG as a more efficient biological imaging material, hopefully earning FDA approved medical use one day,” Meador said.

Dallas has been fascinated with NASA since childhood, when he would launch model rockets with his father from nearby cotton fields. For his Goldwater essay, he wrote about his research in removing paramagnetic defects from nanodiamonds to improve their optical qualities.

“The end goal of this research is to make the production of nanosensors, molecularly-sized sensors with extremely high resolution, cheap and reliable, and my work is the first step in this process,” Dallas said. “These nanosensors would have a plethora of uses in the consumer market, as well as many uses in the biomedical field.”

For example, one proposed use of such sensors is monitoring specific chemical species – or groups of chemically identical molecular entities – within the body on the molecular scale. Nanodiamond is extremely promising as a biosensor, as it is benign to the body.

Dallas is completing a project analyzing the energy and conformations of neon, helium and hydrogen-based cation clusters, or clusters of positively-charged ions. This information provides a deeper understanding of the behaviors of molecules in the interstellar medium, which is the emptiness of space between planets and stars.

He is working to get his research published in the Journal of Applied Physics. Following graduation, he plans to pursue a doctorate in chemistry, with hopes of working in a hybrid theory-experimental lab.

Meador already has multiple publications. Most recently, his first authored research paper was published in The Journal of Organic Chemistry, where he also received the issue’s cover for his artwork.

“Our research is important because NIR (near-infrared) light has very little interaction with bodily tissues,” he said. “If we, as research scientists, were able to design a bright NIR dye with little toxicity to the body, we could potentially use that to image a patient in a medical setting with minimal risk to their health, compared to current imaging techniques like X-rays and radioactive isotope tracing.”

Meador also aims to pursue a Ph.D. in chemistry and wants to become a teacher-scholar with a specialty in organic chemistry while mentoring graduate students to create novel molecules with innovative properties.

“I hope to expand my synthetic skill set and get a better idea of the kind of world problems I want to tackle in chemistry,” Meador said.

“After that, I would like to obtain a postdoctoral fellowship in the area of research I decide to focus on, followed by obtaining a professorship at an R1 research institution where I will be able to conduct my own team of researchers and teach the organic chemistry classes that I fell in love with.”

Along with the recognition of being named a Goldwater Scholar, the students also receive $7,500.

Some 1,343 applicants, representing 461 academic institutions, competed for the 2000 awards. From that pool, 396 students were selected as Goldwater Scholars.