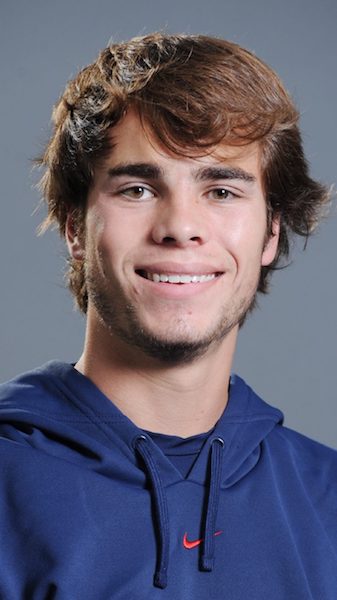 University of Mississippi students are launching an effort to raise money for the William Magee Center for Wellness Education through an Ignite Ole Miss campaign.

Savannah Smith, this year’s Miss Ole Miss, and Tucker Fox, Mr. Ole Miss, have chosen to invest their time and efforts to promote student participation in bringing the Magee Center to campus.

The center will provide comprehensive drug and alcohol education for students.

“We weren’t exactly sure what we wanted to do in this position, but we knew we wanted to do something that would do the most amount of good for the greatest number of students in our student body,” Smith said.

After several conversations, Smith and Fox determined they wanted to be part of bringing this important type of education to Ole Miss students.

“Wellness seemed to be a common denominator that affected every student in one way or another,” she said. “We want to encourage an environment where wellness is celebrated and where we invest more deeply in one another.

“We want students to take ownership of this being their wellness center and that investing in it is investing in each other and in students for generations to come.”

The two decided to start an Ignite campaign, a crowdfunding effort aimed at student participation.

“Investing in this project will bring about incredible benefits for our student body and for generations to come,” Fox said.

The goal is for at least 1,000 students to donate in a show of respect for one other’s wellness.

“I appreciate that Savannah and Tucker have approached their responsibilities and obligations of Mr. and Miss Ole Miss very seriously and thoughtfully,” said Brandi Hephner LaBanc, vice chancellor for student affairs. “They wanted to make sure their efforts had broad impact – something that any student could benefit from.

“When we met and brainstormed ideas, they were quickly drawn to the William Magee Center initiative. It was a current university need that could use their support, and the personal impact is nearly immediate and critical to student success.”

The initial gift for the center was provided by Kent and David Magee, parents of the late William Magee. William Magee was a 2012 Ole Miss graduate who was in the Sally McDonnell Barksdale Honors College and the Croft Institute for International Studies. He lettered in track and was named to the SEC academic honor roll.

After graduation, he sought help through rehabilitation programs but relapsed after attending a concert.

“When I heard our Ole Miss students talk about how they want to be leaders fostering education about alcohol and other drugs, it literally made the hair on my arm stand up, it’s so exciting,” David Magee said. “They understand the difference they can make.

“Savannah and Tucker wanted to do this campaign to engage as many students and alumni as possible to join in and show they care, even if it means giving $1. We have long cultivated leaders at Ole Miss and I’m proud to say that our student leadership today is stronger than ever before.”

Magee recognizes that alcohol and drug abuse are serious concerns on college campuses and hopes that this center will become nationally recognized for substance misuse prevention, support and academic research.

“The grass roots leadership shown by students who want to provide the best education and care for their peers both today and long into the future is what’s driving this new Ignite campaign,” Magee said. “This is their movement, and that’s the biggest difference. It’s quite inspiring.”

The Magee Center will be housed in the 100,000-square-foot South Campus Recreation Facility, under construction at the former Whirlpool plant. More than $900,000 has already been raised for the Magee Center from individual gifts and another Ignite campaign that launched last year.

“A movement among passionate, caring people is so powerful,” Magee said. “That’s what we witnessed during the last Ignite campaign, and it moved us. My wife and I have been a part of the Ole Miss family since our very beginning, and it always amazes me.”

To contribute to the campaign, visit https://ignite.olemiss.edu/.