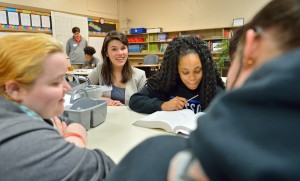 Since January, University of Mississippi juniors Ben Logan and Emily Reynolds have traveled to Coffeeville High School once a week to dedicate a few midday hours to leading ACT workshops for nearly a dozen 11th- and 12th–graders at the small-town school.

Like thousands of high school students across the state, Coffeeville students spent January and February preparing for ACT examinations in March. However, this group is supported by Team 36, a new nonprofit dedicated to mobilizing college students to provide ACT test preparation for rural schools.

“A lot of the ACT is just knowing how to take the test,” explained Logan, a Sherman native who is double majoring in mathematics education and public policy leadership at UM. “In a way, the test favors those who have the means to take extra classes to learn the rules and strategies for taking it. We are here to try and close that gap for these students.”

Established last fall with support from the CREATE Foundation in Tupelo, the program has had a positive impact on more than 100 students in Coffeeville, Sardis and Water Valley. The effort is led by nine UM undergraduates, or “team leaders,” who serve as Team 36’s volunteer workforce.

Seven of the volunteers, including Logan and Reynolds, also are part of the university’s prestigious Mississippi Excellence in Teaching Program, one of the most valuable and competitive scholarships for aspiring teachers in the nation. Since 2013, METP has admitted 48 undergraduate fellows from 13 states with an average ACT score of 29.

“Education is one of society’s greatest equalizers,” said Reynolds, an English education major from Brandon. “If we can help students achieve a higher ACT score, then we can help them come closer to achieving their dreams.”

Less than one year into the initiative, Team 36 has taken a two-step approach to ACT preparation in partner schools.

Last fall, the Team Leaders offered eight weeks of intensive standardized test training that gave students a strong understanding of how the ACT is structured and graded. The course included test strategies focusing on time management, identifying question types, self-assessment and the forming of independent study plans.
This spring, the UM undergraduates are wrapping up a five-week course that focuses more on English, mathematics and other content areas. All lesson plans were designed by UM student volunteers.

The team leaders switch schools to work with different students each semester, allowing them to gain different experiences and a better sense of the “big picture” Team 36 is working to improve. 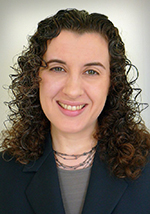 “The students are the real heroes here,” said Louise Vigeant, founder and director of the Team 36 program. “They are the ones who go out and do the work each week.”

The educator, who holds a doctorate in philosophy from Cornell University and has spent the past two years as a UM visiting assistant professor of public policy leadership, has more than 10 years’ experience in higher education. She previously was head of studies at Amsterdam University College in the Netherlands.

Vigeant, who recruited the Team 36 members and secured the program’s initial funding, explained that the inspiration for the program came after her experiences volunteering in local schools. She recognized a need for ACT preparation in rural communities where students can see the ACT as a sizable obstacle.

“The ACT isn’t always a good indicator of how well a student will perform in college,” she said. “Once I realized this, I saw there was this huge population of students out there who might do well in college if only given the chance.”

Organizers hope that Team 36 grows, with the goal of assisting 300 children in north Mississippi in the coming year, Vigeant said. As the program expands, she hopes to identify partners at other universities who may want to open additional chapters of Team 36 to make a wider impact on Mississippi students.

“I want to be a nurse practitioner because I like helping people,” said Moneisha Gwan, a junior at Coffeeville enrolled in Logan and Reynolds’ class. “Our counselor told us about this opportunity and I volunteered (to take the class).”

As a general rule, the team focuses on helping high school students reach at least an 18 on the exam, the point where Mississippi student can gain acceptance into a public university or community college.

If a student is able to increase his or her score a few points higher through ACT preparation, scholarship opportunities that can dramatically expand opportunities may become available.

Kwan Wrenn, another Coffeeville junior who also wants to be a nurse practitioner, noted that she has learned a lot about the ACT this semester, including a few strategies that she may not have considered otherwise and that will help her improve her subscores this month.

“You always read the questions first,” Wrenn said. “You might not have to read the whole passage to find the correct answer, and that can save you a lot of time.”
Team 36 has plans to reconnect with rural north Mississippi schools in fall 2016 and hopes to recruit more volunteers at UM and beyond.