UM Sociologist to Speak at University of Massachusetts 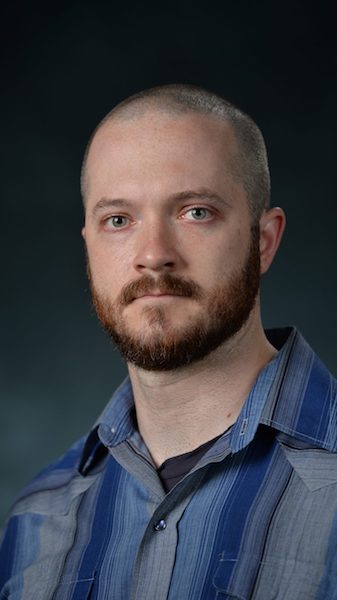 A University of Mississippi sociologist is the keynote speaker for W.E.B. Du Bois Day, a celebration of the 150th anniversary of Du Bois’ birth, Friday (March 2) at the University of Massachusetts at Amherst.

James M. Thomas, assistant professor of sociology, will discuss “The Souls of Jews?” Last year, he was selected to be a visiting scholar summer research fellow at the university’s W.E.B. Du Bois Center.

“In my talk, I consider the degree to which the specter, or ghost, of 19th century Western European anti-Semitism haunts W.E.B. Du Bois’ concept of double-consciousness,” Thomas said. “For Du Bois, double-consciousness referred to a condition of duality among black Americans: seeing themselves through their own eyes, but also through the eyes of whites and white supremacy.

Thomas said his argument is that the specter of Western European anti-Semitism manifests in two ways within Du Bois’ concept: first, by way of a 19th century medical model of double consciousness that framed this and other illnesses as an inherent trait of Jewishness; and second, by way of Du Bois’ own considerations of anti-Semitism while he was a student at the University of Berlin in 1892-94.

“German Jews, by the time Du Bois arrives in Berlin, had achieved political emancipation,” Thomas said. “Yet they were still a ‘people without a home’. Anti-Semitism was rampant across much of Western Europe, including Germany.

“A rising German nationalism increasingly identified and measured itself through its distance to Germany’s Jews. So as Du Bois is studying in Berlin, his exposure to this form of anti-Semitism, I argue, shapes how he thinks about the conditions of black Americans back home.”

Kirsten Dellinger, UM chair and professor of sociology and anthropology, said Thomas is pushing scholarship forward on historical and contemporary formations of race and racism.

“It is a significant honor that he was selected from a very competitive national pool, as a W.E.B. Du Bois visiting scholar for summer 2017 and that he has been invited back to provide the keynote lecture this spring,” she said.

“Dr. Thomas is establishing himself as a leader in the field of sociology of race and ethnicity and continues to use this knowledge to make a difference in the lives of his students and to advocate for positive social change on our campus and in our community.”

The Du Bois Center, in partnership with the UM-Amherst Library’s Special Collections and University Archives, previously offered summer fellowships to members of the Five College Consortium. With the support of a significant grant from the Mellon Foundation, the fellowship program was opened last year to scholars from around the country. Thomas also received generous financial support from the College of Liberal Arts at Ole Miss.

“The library’s special collections houses the complete papers of Du Bois, and has since 1973,” Thomas said. “During my stay this past summer, I combed through a good chunk of his letters, manuscripts and other collections spanning from 1882 through his death in 1963.

“The great thing about being in that archive is that even though my research had a somewhat narrow focus, I had the opportunity to read well beyond my initial research questions. It’s allowed for me to begin to construct what I hope is my next big book project.”

Thomas’s research bridges the fields of critical race studies, the sociology of everyday life, cultural theory and inquiry. He employs a variety of qualitative methods, including historical, ethnographic and textual analysis, to illuminate the histories of racial formations and racisms.

He also explores the role of popular culture in the ongoing production of difference.

For more information about the Department of Sociology and Anthropology, visit http://socanth.olemiss.edu/.