UM Scientist’s Experiment on Its Way to International Space Station 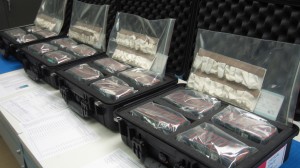 The experimental containers, loaded with seeds, are packed in suitcases, ready to be transported to the launch site at Cape Canaveral before Friday’s launch.

A University of Mississippi scientist’s experiment to determine if edible plants might be grown on Mars and the moon is on its way to the International Space Station.

John Z. Kiss, graduate school dean and professor of biology at UM, is principal investigator on “Novel Explorations into the Interactions between Light and Gravity Sensing in Plants.” The seedling growth samples were onboard SpaceX-2 when it launched Friday (March 1) from Cape Canaveral.

Part of NASA’s Fundamental Space Biology program, the project is designed to study light and gravity signaling in plants and their effects on cell growth and proliferation. It also has a strong relevance for improving crop species on Earth by obtaining increased production and sustainability.

“After seeing the beautiful launch of the SpaceX-2 rocket with our experiment onboard, I am very inspired by the future of the space program and its role in scientific research,” Kiss said. “I look forward to the next step, which is the activation of our experiment by the crew on the International Space Station.” 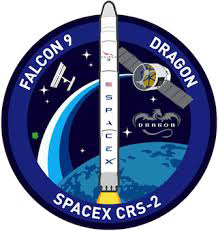 This morning’s launch is the first phase of the four-part experiment. The next three launches are set for later in 2013, 2014 and 2015. In addition to Kiss’s and other’s experiments, SpaceX-2′s Dragon capsule will be filled with about 1,200 pounds of supplies for the space station crew.

On Saturday (March 2), astronauts will use the station’s robot arm to grapple Dragon and attach it to the Earth-facing port of the station’s Harmony module for a few weeks while they unload cargo. They then will load experiment samples for return to Earth. Dragon is scheduled to return to Earth on March 25 for a parachute-assisted splashdown in the Pacific Ocean off the coast of Baja California.

The hypothesis of Kiss’ research is that positive red-light-sensing, which was known in older plant lineages, is masked by normal 1-g conditions in more recently evolved lineages. Through the experiment, the scientists aim to confirm and characterize the red-light-dependent phototropic response in flowering plants.

The experiment will be conducted with different genotypes of the model plant Arabidopsis thaliana in experimental containers placed in the European Modular Cultivation System, a large incubator that provides control over the atmosphere, lighting and humidity of growth chambers to study plant growth, on the ISS. The experiment containers contain white, blue and red lights that can be controlled from the ground to expose the plants to different kinds of light.

“By using the two centrifuges in the EMCS, it is possible to carry out the experiment in microgravity and fractional gravity, along with the 1-g control, within the same space environment,” Kiss said. “Following a six-day time course in the EMCS, the samples will be either frozen or chemically fixed and returned to us. Additionally, images will be taken throughout the whole experiment and downloaded real time.”

Kiss has worked with NASA since 1987 and has served as principal investigator on six spaceflight projects on the space shuttle, the Russian space station Mir and the International Space Station. This project started in 2011 and was selected through an international competition by competitive peer-review panel and then by NASA.