by Drew Jansen, March 28, 2014
Courtesy of The Daily Mississippian

University of Mississippi music faculty and students collaborated to debut an ongoing research project Tuesday on living composers and classical musicians. Living Music Resource, an online video library of interviews, will stream live interviews, or beats. Audience members are also encouraged to participate from around the world via Twitter, email or phone. 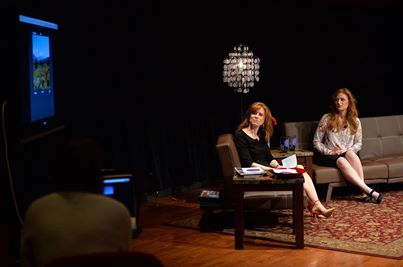 “I am so honored to have been the first one, especially because I can tell it’s going to be a huge success as it goes on,” Graef said. “The next composer to be interviewed is a very well-respected composer and a huge name in the music world.”

Vocalist and UM music professor Nancy Maria Balach traced her vision for Living Music Resource back to 2006. While working with Grammy Award and Pulitzer Prize-winning composer William Bolcom on a program of Bolcom’s “Cabaret Songs,” Balach noted tremendous benefit from her rehearsals with the composer. She also noted the process of gathering first-hand musical insight and intention.

“I am so enthusiastic because I believe in the mission of LMR,” Balach said. “We are upholding the standards and traditions of the musical past while we bridge them with the resources of the 21st Century. We are on a music research revolution.”

Inspired by her own education, Balach sought out similar meetings with other composers, compiling and editing the footage to form a multi-media lecture recital. Balach’s initial project was presented as a guest lecture at other universities and featured at seven peer-reviewed conferences internationally and was well received. 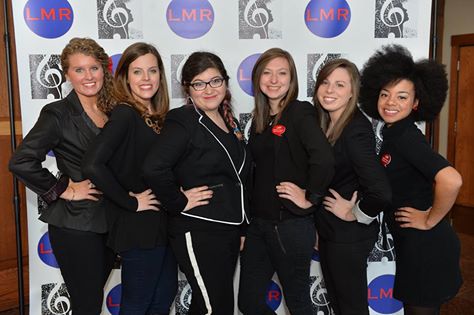 Living Music Resource will fuse traditional ideas of music research with modern technology to form a reliable resource for professional and university-level singers.

The university granted Balach a sabbatical in the spring of 2013 to work on Living Music Resource. Balach launched the initial Living Music Resource website in September 2013 with the help of her main assistant, sophomore Heather Higginbotham, and what she calls her “dream team.” This team consisted of music students Megan Brock, Rachel Dennis, Carli Reeder, Claudia Salcedo and Cheleen Sugar. Sophomore music education major Rachel Dennis commented on the enormity of the task.

“There really was a need for six interns,” Dennis said. “It’s a good resource, but there’s also vocal staff all over the country, and you have to get it out to them.”

“Classical music does not have to be a dying art form,” Balach said. “Who is the ‘Mozart’ among us now? LMR provides information and anticipation about artists, advocates their current contributions and educates using technology as a research tool.”

Living Music Resource will broadcast its next beat at 3 p.m. May 2. Balach said she will interview Bolcom and singer Joan Morris.