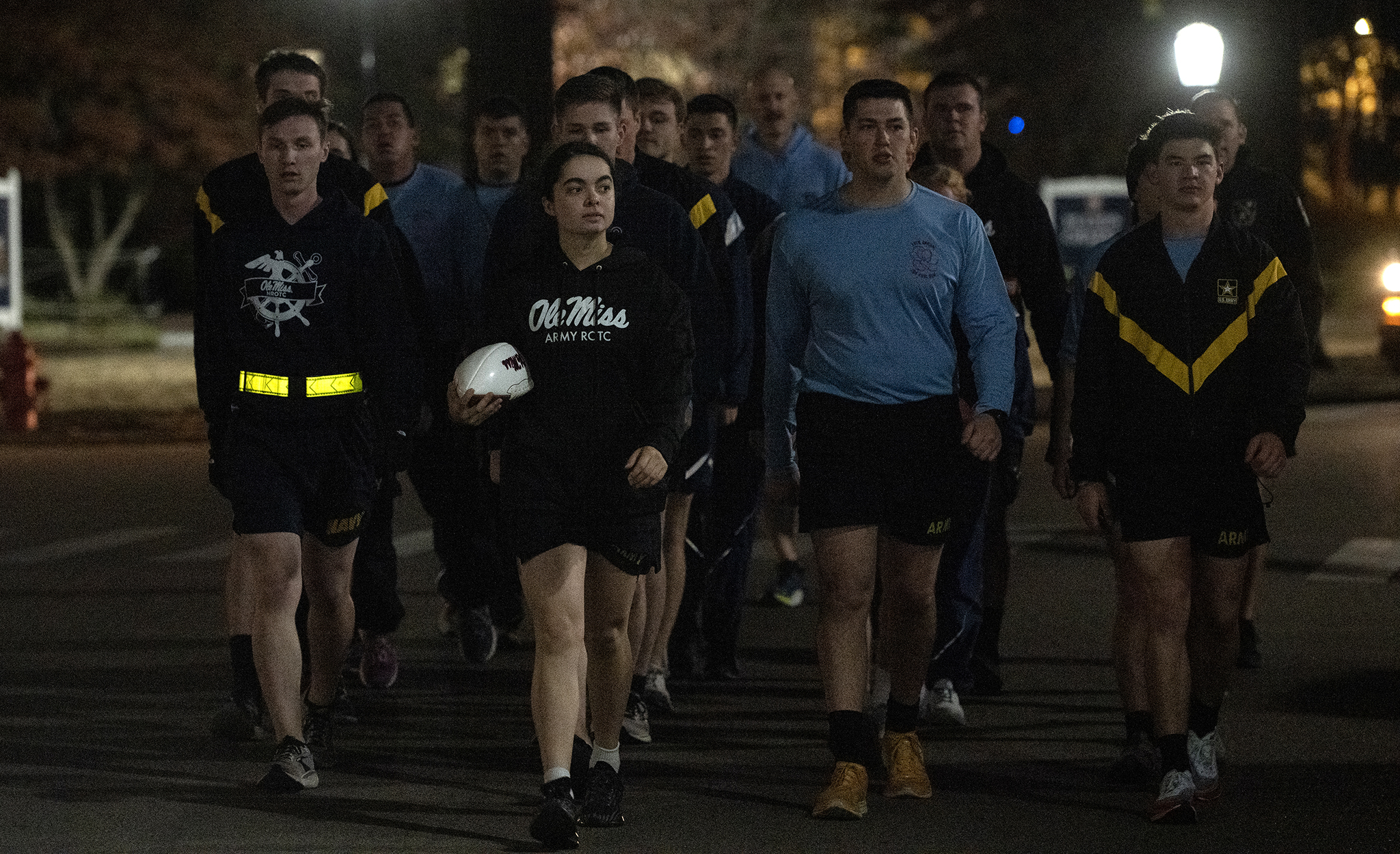 The Bulldogs met the Magnolia Battalion at Calhoun City Square, where they passed the ball off before the Ole Miss contingent headed for Oxford. A quick 40-mile jog later, the Magnolias delivered the game ball to the Lyceum and presented it to Chancellor Glenn Boyce ahead of the 95th annual Egg Bowl, set for Thursday (Nov. 24).

The Egg Bowl Run is an opportunity for the universities to join teams to meet a common goal, said Lt. Col Vincent Jackson, chair of the UM Department of Military Science and professor of military science. This year, that goal is tackling the hunger problem in Mississippi. 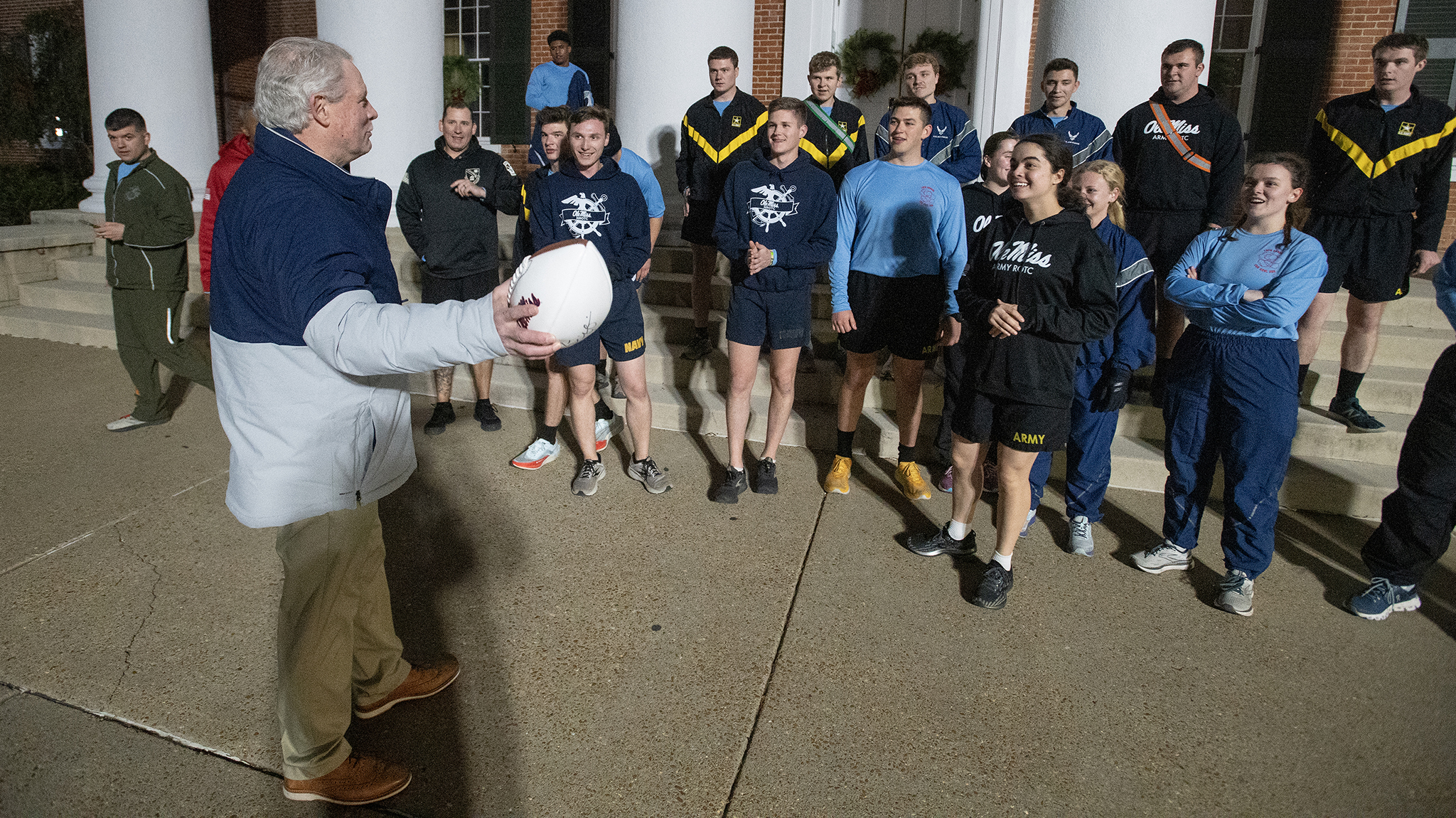 “It fosters cooperation through community service and the continuation of a tradition,” Jackson said.

The run served as a canned food drive, the proceeds of which were donated to the Mississippi Food Network. Donations can be made online and Jackson encouraged supporters to donate to local food pantries.

Twenty Ole Miss cadets made the run, while a cadre of volunteers provided aid along the way, he said. For the 10th anniversary of the event, runners and supporters got commemorative T-shirts.

The Egg Bowl Run began in 2013 as a way for Ole Miss and Mississippi State ROTC groups to show support for university athletics and to raise money for good causes. In its early years, donations helped support the Ole Miss Army ROTC Fund and the Rebel Battalion Cadet Activity Fund.

The battalion name has since been changed to the Magnolia Battalion in reference to the state’s official flower and tree.

That doesn’t mean the feud between the Mississippi universities is over, however.

“It is always a good thing to have a healthy rivalry between the cadets of the programs to keep the overall rivalry going strong,” Jackson said.