Sue Gardner to deliver insights on social media and technology Nov. 13 on campus 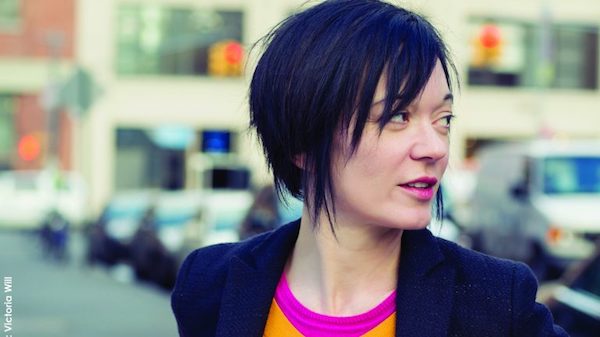 Sue Gardner, a journalist, executive and Internet activist speaks Monday, Nov. 13 at 7 p.m. in the Overby Center for Politics and Southern Journalism. Photo by Victoria Will

The University of Mississippi will host journalist, executive and internet activist Sue Gardner on Monday (Nov. 13) for a discussion of “How the Internet Broke Democracy, and What We Can Do About It Now.”

Gardner’s lecture is set for at 7 p.m. in the auditorium of the Overby Center for Politics and Southern Journalism. The university’s digital media studies interdisciplinary minor and Isom Center for Women and Gender Studies  are sponsoring the event, which is free and open to the public.

“Our world has never been more dependent on access to accurate information, and it has never been harder to find amid the ‘noise’ created by a glut of content that often seems designed to mislead,” said Debora Wenger, assistant dean and associate professor at the UM Meek School of Journalism and New Media. “Sue Gardner’s focus on ensuring that we, as citizens, get the information we need to be free and self-governing should matter to everyone, no matter where you fall on the political spectrum.”

Robert Cummings, chair of the UM Department of Writing and Rhetoric, said he invited Gardner to campus because of her experience managing a global community-based technology, including Wikipedia, through the Wikimedia Foundation.

“She understands and has wrestled with many of the issues, which define the role of technology in our culture,” Cummings said.

Judging by her work at the Wiki Education Foundation, Gardner remains committed to education, personal development, diversity, equity and inclusion, said Cummings, who has served with her on that foundation’s board for several years.

“She helped Wikimedia Foundation speak out on the Stop Online Piracy Act in 2011,” he said. “It led to the first ever ‘blackout’ of Wikipedia, and it took a lot of leadership from her to make it happen.

“Since then, she has continued to work within Silicon Valley to advance the agenda of personal freedom on the internet and within tech communities. She has also advocated for gender rights within the tech community, which is no easy task.”

Her topic is an important one, given the large role social media and technology play in people’s understanding of the world around them, Cummings said.

“I think that she is an important person to speak to students at the University of Mississippi because she can provide insights on how the worlds of technology and social media have affected the health of our democracy,” he said. “In addition, at times we can be very removed from the realities of Silicon Valley, and I think that she can bring insight to our students about those communities.”

For more information on Gardner and her work, go to https://suegardner.org/.