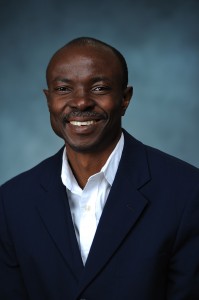 When carefully studied, historic discoveries sometimes can yield useful insights into modern societal problems. But without access to the artifacts from past eras and cultures, the valuable lessons they teach may be lost.

In efforts to preserve archival holdings related to northern Nigeria, a University of Mississippi historian is leading a service project that will both promote further academic research and provide the public with access to rare documents from the region’s pre-colonial era.

Mohammed Bashir Salau, associate professor of history, heads the “Northern Nigeria: Pre-colonial documents preservation scheme.” Using a grant awarded by the British Library’s Endangered Archives Programme, which is sponsored by the Arcadia fund, Salau has spent time in the region copying the materials, which will be kept secure in National Archives Kaduna as well as the British Library and other suitable repositories.

“The documents targeted by this project are stored in the National Archives Kaduna,” Salau said. “I visited this archive for the first time in the late 1980s while working on my B.A research essay on the history of the textile industry in the Kaduna region of northern Nigeria. I noticed that many records in the archive in question are in deplorable conditions.”

Since completing his essay, Salau has returned to Kaduna several times and understands that most of the materials are in such bad state because of wear and tear from repeated use and other factors. Targeted antiquities to be photographed include Arabic and Hausa materials from the late 18th century to the British colonial conquest, 1897-1903. Early colonial papers ranging from 1897 to around 1920 are also included.

“The materials are subject to exceptional vulnerability because of their considerable overuse by students and researchers,” Salau said. “This project seeks to digitally copy the materials in line with the standards endorsed by the British Library’s Endangered Archives Programme so as to enhance public access to these remarkable documents.”

The approximately $15,500 awarded for the three-month project covers the costs of Salau’s travels, laptops and digital cameras for use by his team, compensation for five research assistants/consultants engaged in copying materials and other miscellaneous expenses.

“The award of a prestigious British Library Endangered Archives Programme grant for Dr. Salau’s international scholarship is another validation of his important work,” said Glenn Hopkins, dean of the College of Liberal Arts.

Joseph Ward, associate professor and chair of history, is particularly supportive of his colleague’s endeavors.

“Given our state’s strong historical connection to West Africa, this is a wonderful opportunity for us to partner with Nigeria through Dr. Salau’s preservation efforts,” Ward said. “In so doing, we will help Nigerians reconnect with their past as well as assist American students in learning more about African history.”

The materials form an important part of human culture and heritage, and are of value to anyone interested in the unique culture and history of the African past.

“The unique documents in Hausa and Arabic are important because they document the social, economic and political history of the Sokoto Calipate, which was the largest 19th century Islamic empire in West Africa,” Salau said. “Also contained within these materials are the early years of British colonial rule in northern Nigeria, when many features of Caliphate economy and society were researched by colonial officials.”

The materials are also valuable because they detail colonial policy formation and demonstrate the extent to which officials understood Islam, slavery and unfree labor in what had been the Sokoto Caliphate, he said. The British colonists tried to shape colonial northern Nigeria through reform of Caliphate institutions, a technique used successfully during slavery in the pre-Civil War United States.

“The materials are of value to historians of Africa in general, because such resources deal with labor, culture, intellectual history and inter-group relations in the African pre-colonial era. Such documentation is relatively scarce,” Salau said.

To view a video interview of Salau discussing his book, “The West African Slave Plantation,” go to http://vimeo.com/29845290

For more information about the British Library’s Endangered Archives Programme, go to http://eap.bl.uk/. For more about UM’s Department of History, visit https://history.olemiss.edu/ or call 662-915-7148.