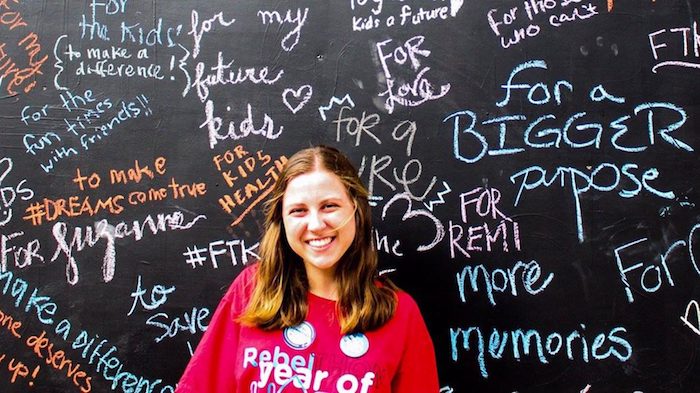 Hailey Cooper has been awarded the Miracle Dance Network Marathon Distinguished Leadership Award for her work with RebelTHON. Submitted photo

University of Mississippi graduate Hailey Cooper has been named a recipient of the 2018 Miracle Network Dance Marathon Distinguished Leadership Award.

Cooper, a Madison native who earned her bachelor’s degree in English in May, served as the 2017-18 president of RebelTHON, a dance marathon and fundraiser held each year in Oxford to benefit Batson Children’s Hospital at the University of Mississippi Medical Center in Jackson. She is among 20 recipients of the award selected from 300 colleges and universities across the U.S. and Canada that participate in a Miracle Network Dance Marathon.

She was involved in RebelTHON at Ole Miss for three years and personally raised more than $3,500 for the cause. Under Cooper’s leadership, RebelTHON surpassed its goal in February by more than $40,000 and raised more than $265,000 for children receiving treatment at Batson. This fundraiser directly supports the university’s transformative initiative of building stronger and more vibrant communities.

“It was an absolutely wonderful experience, and I’ve met some of the most incredible students in the nation through MNDM,” Cooper said. “This generation is often painted as selfish and dispassionate, but I would challenge those with that belief to attend a dance marathon.

“We are this generation fighting for the next, and we won’t stop until every child has the opportunity to be an Ole Miss Rebel. To be recognized by an organization as passionate and hardworking as Dance Marathon is such an honor, and I hope to have done the movement proud through my work these past couple of years.”

Cooper became involved in RebelTHON to help children who are facing difficult battles.

“After developing personal relationships with families directly affected by donations to CMN hospitals, I see firsthand the impact that even a dollar has on a tired, terrified family,” she said. 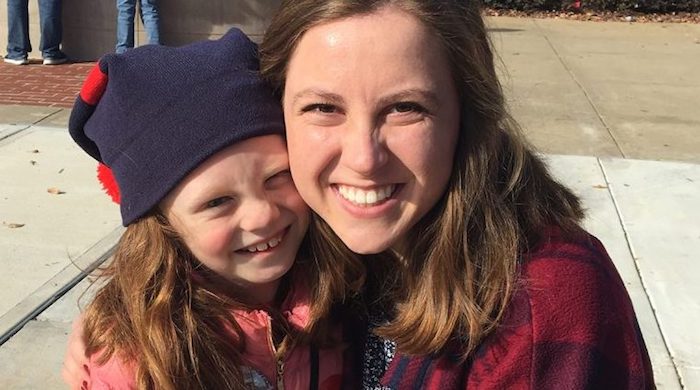 Hailey Cooper served as president of RebelTHON this past year. The dance marathon event raised more than $265,000 for Batson Children’s Hospital at UMMC. Submitted photo

The recipient hospitals use these funds not only for patient care but also to make this time easier on the families. The funds raised in 2017 helped provide an entire hospital floor with sleeper sofas so parents can stay with their children.

Cooper said she did not realize the impact of the contribution until she read a blog post by a tired mother who had not slept in almost a week, yet finally got a night’s rest on the new sofa.

“To think that I was able to help provide a night of sleep for a tired mother changed my entire perspective, and it renewed my efforts to fundraise for the 2018 year,” she said. “To contribute to such a deserving cause and be a part of something bigger than ourselves is amazing, and I would encourage anyone who is able to contribute to their local children’s hospital.”

After being a part of RebelTHON, Cooper said she would like to pursue a career in the nonprofit sector.

“My own growth, in addition to the growth I have witnessed in my peers, has convinced me that this movement changes more lives than those for whom we fundraise, and I would encourage anyone who wants to make a difference to become involved in it,” she said.

Andrew Russell, Children’s Miracle Network coordinator at Batson Hospital, said he had a great experience working with Cooper, who was very enthusiastic about leading RebelTHON.

“Throughout the entire experience, Hailey kept her focus on improving the lives of the sick and injured kids of Mississippi,” Russell said. “She is the type of leader that people want to follow. She led with a contagious passion for the cause and is most deserving of this award.”