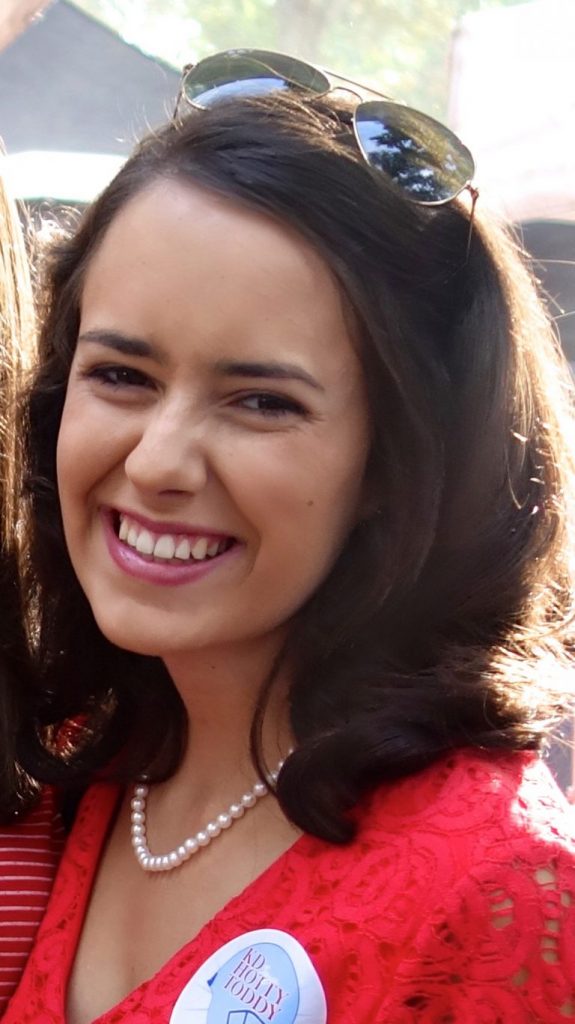 An English and French major from Winchester, Virginia, Lagarde won in the nonfiction category at the Southern Literary Festival. Besides receiving a cash prize, she will read her story at the event, set for March 30-April 1 at the University of Arkansas at Fort Smith.

“I was so surprised,” she said. “I found out via email while studying with friends, and they can tell you that I gasped very audibly. It was very exciting!”

Lagarde won for a story titled “To Thaw.” In the piece, the fledgling author reflects upon an Outward Bound dogsledding experience she had.

“It’s a story about faith and surrender when we’re pushed to our limits,” she said. “This is the first writing contest I’ve ever entered, so this one is particularly exciting because I want to eventually be a published writer.”

“Page’s win is a testament to her talents, and we like to think that the instruction she received in her English and creative writing classes also played a role,” Kamps said. “Thanks to Beth Spencer, lecturer in English, the English department has had robust student participation in the Southern Literary Festival in recent years.

“Each year, Ms. Spencer mentors some of our fine young writers and takes them to the festival, where they can meet their peers as well as a group of impressive professional writers.”

While Lagarde is still processing this honor, she already has her sights set on even bigger achievements.

“After graduation, I hope to pursue an MFA in fiction writing,” she said. “After that, I want to continue writing and also teach.”

As for her publishing dreams, Lagarde said she remains hopeful.

“Creative writing is a fairly new endeavor for me, and I know that it’s so hard to be successful in this field,” she said. “This was really encouraging.”

The Southern Literary Festival is an organization of Southern colleges and schools founded in 1937 to promote Southern literature. For more about the event, go to http://southernliteraryfestival.com/.

For more information about the UM Department of English, visit http://english.olemiss.edu.