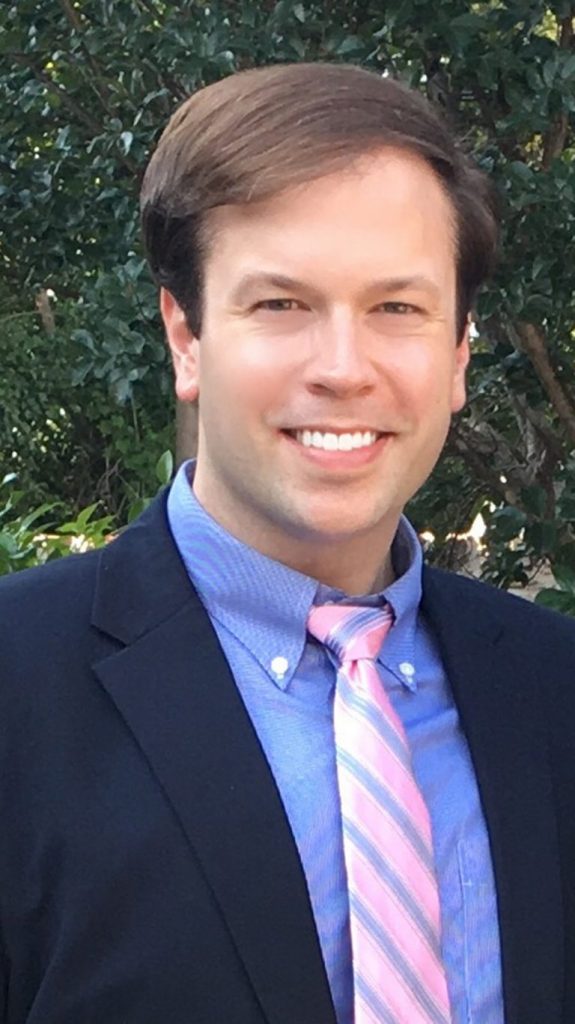 Justin Isaac Rogers, a doctoral student in UM’s Arch Darymple III Department of History, is currently attending a National Endowment for the Humanities summer institute at the U.S. Library of Congress. Submitted photo

A doctoral student in history at the University of Mississippi is among two graduate students nationally studying at a prestigious institute this summer in Washington, D.C.

Justin I. Rogers of Hurdle Mills, North Carolina, is exploring how Presbyterian missionaries influenced Native Americans in the Mid-South. He is attending “On Native Grounds: Studies of Native American Histories and the Land,” a three-week institute funded by the National Endowment for the Humanities and co-sponsored by the Community College Humanities Association and the John W. Kluge Center at the Library of Congress.

Twenty-two faculty, including the two graduate students, from across the nation and from diverse humanities disciplines are working to enhance their teaching and research through the residency at the Library of Congress.

“I felt honored to be selected as one of two graduate students from across the nation and across humanities disciplines for this institute, and I was eager to take full advantage of the opportunities it presented to me,” Rogers said.

“The most personally and professionally rewarding aspect of the summer institute has been daily seminars in the historic Library of Congress spent discussing Native American history and studies scholarship with peers and visiting faculty from across the humanities and social sciences.”

Ten visiting scholars in the field of Native American ethnohistory are sharing their groundbreaking research concerning Native American issues of land, sovereignty, culture and identity. Summer fellows have access to all collections.

Rogers’ research analyzes Presbyterian missions to Chickasaw Indians in north Mississippi, southwestern Tennessee and northwestern Alabama. He also examines how elite Chickasaws and Euro-Americans helped encode racial distinctions into court precedent and Mississippi law that reinforced associations of blackness with enslavement and whiteness with property holding during the 1820s and 1830s.

“Through the seminar discussions, I have been reminded about the importance of studying Native Americans, African-Americans, white Americans and race in the South, which I plan to do in my dissertation,” he said.

The institute’s emphasis on in-person access to resources allows Rogers to augment his existing source base with first editions of travelers’ accounts, church records and mission reports, as well as artifacts and manuscripts that pertain to the Chickasaw people in 19th-century Mississippi. Rogers said his seminar experience will both advance his scholarship and improve his classroom teaching.

Rogers, who earned his bachelor’s degree in history and political science from North Carolina State University, said that the courses he has taught at Ole Miss, as well as those he has developed for the future, focus on indigenous people’s experiences and perspectives and how they transform wider narratives of United States history.

One new course Rogers has developed will contextualize the historical experiences of Native Americans alongside changing notions of race, nation, culture and religion.

“I tend to emphasize the local histories of the Native American groups who inhabited and once inhabited Mississippi, Alabama and Tennessee,” he said. “The institute’s kaleidoscopic regional range, however, will allow me to more fully incorporate issues of land, sovereignty, culture and identity in the Great Lakes, the Southwest and the Pacific Northwest.”

UM administrators and faculty said Rogers’ selection for the summer institute is well-deserved.

“A ferocious work ethic combined with a fantastic topic and elegant writing paved the way for Justin’s success in applying for prestigious research fellowships at the national level,” said Elizabeth Payne, UM professor of history. “In addition, he organized a panel session at the Southern Historical Association and presented a paper at the Society for Historians of Early American History about his research.

“Because of his work with these organizations, historians across the country know about and appreciate his work on north Mississippi as a tri-racial society.”