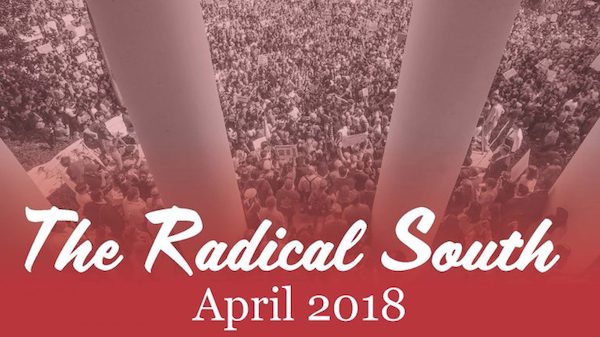 The Sarah Isom Center for Women and Gender Studies at the University of Mississippi is hosting “The Radical South,” a conversation series this month that explores the complexity of Southern history and identity.

The Isom Center, the Center for the Study of Southern Culture, and the Office of Diversity and Community Engagement are sponsoring nearly a dozen events, including lectures, debates, screenings and roundtables to expand the community’s understanding about narratives of the South and Southern identity.

“It’s distinctive that the University of Mississippi has brought this emotional conversation to campus so we can have discussions that aren’t reductive,” said Jaime Harker, Isom Center director. “Through this interdisciplinary collaboration, we can contribute as a university to historical depth and knowledge by using actual facts to find out the bigger context. We can all learn from it.”

Here is a full schedule of events:

Tuesday (April 3): The Great Debate: “Should the Standard of Sexual Consent be an Affirmative Verbal Yes?” – 5:30 p.m., Bryant Hall, Room 209. Deborah Mower, associate professor of philosophy, and her students wll moderate a debate about sexual consent, followed by a reception in the Bryant Hall rotunda.

April 11: “‘Cautious but Solid Character’: Southern Feminists and the State” – Noon, Tupelo Room, Barnard Observatory. Historian Jennifer Gunter discusses the interactions between feminists and the state from 1966 to 1985 at a brown bag lunch.

April 18: Saving Slave Houses – Noon, Tupelo Room, Barnard Observatory. Preservationist Jobie Hill will discuss her research examining slave dwellings and the influence those dwellings had on inhabitants, as well as the importance of preserving slave history.

Mississippi Bicentennial: Emergent Voices, Our Next Chapter of History – 4 p.m., Lamar Hall, Room 404. Blue Magnolia Films spoke with more than 100 diverse community leaders around Mississippi between ages 14 and 91. The Isom Center is hosting a screening of the resulting film, “Celebrating Storytellers,” followed by an interactive discussion with project participants.

April 26: Ideas on Tap: What Do We Commemorate and Why? – 5:30 p.m., Proud Larry’s. In this partnership with the Mississippi Humanities Council, a panel discussion featuring Chuck Ross, UM director of African American Studies; Anne Twitty, associate professor of history; Alysia Steele, assistant professor of multiple platform journalism; Cindy Gardner, administrator of the Museum of Mississippi History and the Mississippi Civil Rights Museum, and moderated by Graham Bodie, visiting professor of journalism instruction, will explore how society decides which events and people to commemorate, why we do it and the purpose and implications.

All events are free and open to the public.