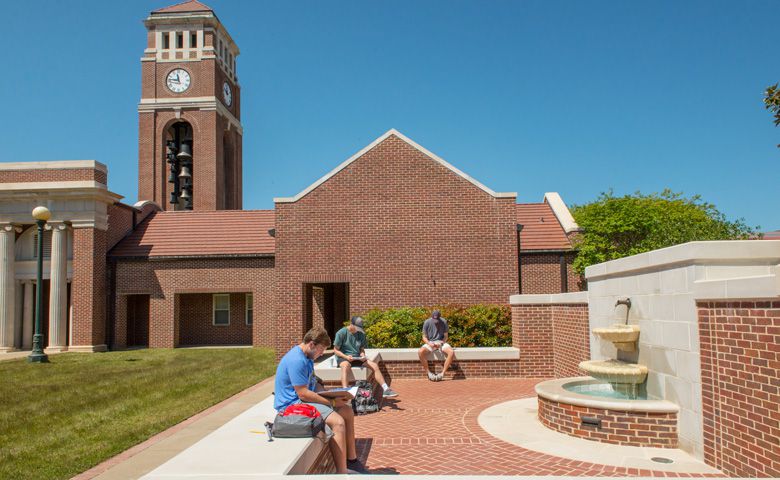 Freshmen (from left) JC Pride, Cole Swayze, both of Jackson, Mississippi, and Diggs Truitt of Nashville, Tennessee, rest between classes at the Ole Miss Memory Garden.

The University of Mississippi has completed renovations to the Ole Miss Memory Garden, adding new brick-work patterns, additional seating and a tiered foundation that invites passersby into an ambiance of serenity and grace.

Adjacent to Paris-Yates Chapel, the bench-lined terrace stands as a monument to students who lost their lives while enrolled at Ole Miss and welcomes anyone seeking a quiet place to pray, think, meditate or study.

Its renovations and additions were made possible by the late Penn Owen of Como, Mississippi, who contributed $100,000 in memory of his mother, the late Mary “May” Davis Owen, a 1928 Liberal Arts graduate, also of Como. 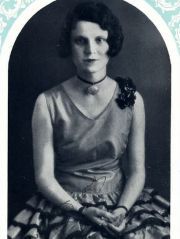 “I’ve always thought Paris-Yates Chapel is really something special and the Paris family members were my mother’s great friends, going way back to Henry’s parents,” Owen said in 2015. “So I asked Henry if there was something I could do with this money around the chapel.”

Paris contacted Ole Miss Chancellor Emeritus Robert Khayat who proposed a beautification of the existing terrace on the grounds of the nondenominational chapel, which is used for various events, including weddings, memorial services and honors programs on the Oxford campus.

“The fountain terrace is a beautiful addition to Paris-Yates Chapel. It’s an enhancement that we’ve wanted to bring to fruition for some time now,” Khayat said. “The Owens’ gift makes it possible and, for that, we are grateful, as will be the countless generations of students and others who enjoy this peaceful space.”

The Ole Miss Memory Garden is the brainchild of the Class of 2006 and Dean Emeritus of Students Sparky Reardon. Later, the Class of 2011 donated the garden’s four benches.

“Ole Miss is such a family-oriented place that when we lose one student, everyone is affected,” Reardon said. “The garden will provide a place where any member of the Ole Miss family may go to remember the lives of those who have gone before.”

Individuals and organizations interested in supporting the Memory Garden may contact Sandra Guest, vice president of the University of Mississippi Foundation, at 662-915-5208 or email sguest@olemiss.edu. Gifts also may be made by mailing a check to the UM Foundation, 406 University Avenue, Oxford, MS 38655 with Memory Garden noted or by visiting www.umfoundation.com/makeagift.