University is third recipient of award 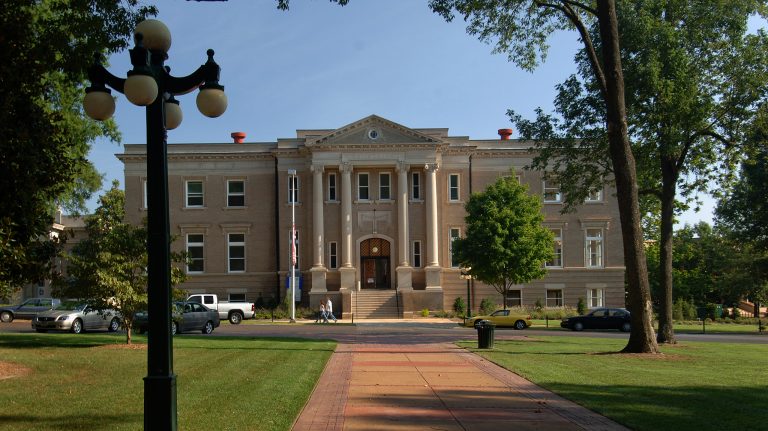 The Department of Classics, housed in Bryant Hall, received the WCC award this month. Photo by Robert Jordan

The Women’s Classical Caucus honored the Department of Classics at the University of Mississippi with its WCC Award in Professional Equity at the Archaeological Institute of America/Society for Classical Studies joint annual meeting last week (Jan. 6) in Toronto.

The award, established in 2014, is given to an institution that has worked to improve equality and diversity in the classics field and has served as a model for other institutions. UM is the third recipient of the award.

Molly Pasco-Pranger, UM chair and associate professor of classics, has been a member of the WCC since 1992. The nonprofit organization was founded in 1972 and incorporated in 1992 with both scholarly and professional goals to incorporate feminist and gender-informed perspectives through the study of women in classical antiquity.

“The organization has been a consistent and powerful progressive voice in our field, and a source of professional support for me personally,” Pasco-Pranger said. “This new award, which acknowledges the roles departments have in advancing the mission of the WCC through policy and culture, fits in beautifully with the caucus’s tradition of professional mentoring and advocacy.”

The WCC also includes in its mission the advancement of equality and diversity within the profession, support relationships with scholars concerning gender and linking feminist scholars with other disciplines.

“From my perspective, equity of various kinds has been a leading priority of the department ever since I arrived,” associate professor Jonathan Fenno said. “I see this award as a recognition of the outstanding leadership our department has enjoyed for more than a decade now, which allows us to flourish as individuals and as a group.” 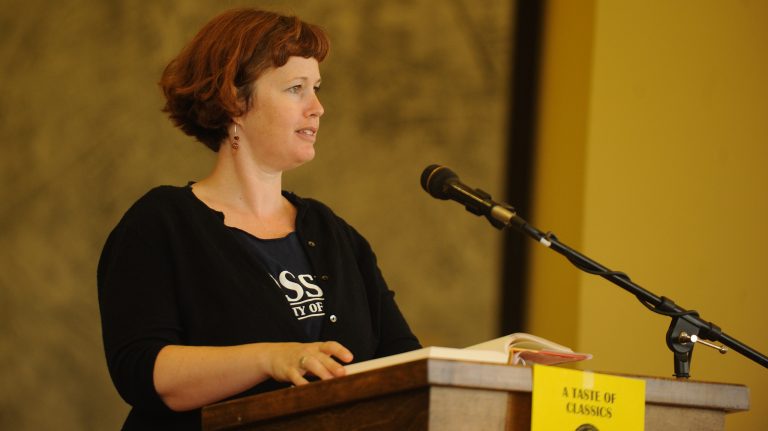 Molly Pasco-Pranger, chair of the Department of Classics.

Fenno praised colleague and former department chair Aileen Ajootian, professor of classics and art and art history, and Pasco-Pranger for their leadership supporting equality and a supportive and professional environment for everyone.

“As one of the oldest units on campus, the Department of Classics has strong ties with the past, but also looks forward, encouraging students and faculty of all genders, races and economic backgrounds to join us,” Ajootian said.

“In the past, the academic discipline of classics was a white, male, elite stronghold, but today its doors are open to all. It is especially significant at the University of Mississippi that one of the oldest departments on campus has been recognized as a beacon of equity.”

Morgan Palmer, visiting assistant professor of classics, nominated the department for the award, citing its record of hiring and promoting women, supporting diversity and inclusion among students and faculty, and incorporating feminist and gender-informed teaching in classics studies.

“This award provides formal recognition from colleagues across North America for the work that the University of Mississippi classics department does to promote equity at the university and in the profession,” Palmer said. “I nominated the department for this award because the University of Mississippi stands out as a place where there is a shared and concerted effort at both the departmental and administrative levels to create a supportive and welcoming environment for everyone.”

The department has fully supported Palmer’s teaching, research and professional development activities, even as a visiting faculty member, she said.

“My colleagues in classics work to ensure that everyone feels welcome, encouraging student-driven activities, and also giving their own time to arrange lunches, reading groups, peer tutoring and information sessions. The professors in the classics department strive to give all of their students and colleagues every possible chance for success, and their efforts represent the best of the University of Mississippi community.”