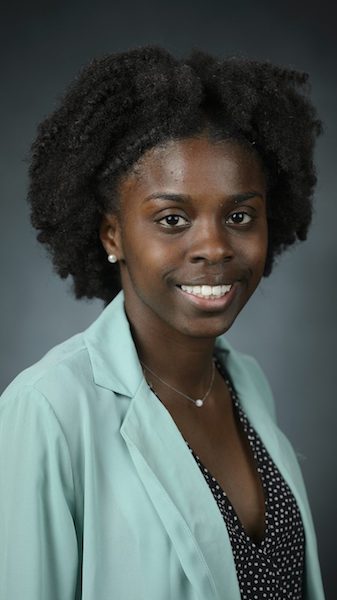 Shamessia Lee, a double major in Chinese and marketing

Two accomplished seniors in the University of Mississippi’s Chinese Language Flagship Program are the university’s 20th and 21st recipients of the prestigious David L. Boren Scholarship from the U.S. Department of State.

Wesley Hale, of Oxford, and Shamessia Lee, of Olive Branch, are both accepted into 2018 Fall Chinese Language Flagship Capstone Programs in China. Both will use their Boren scholarships to complete their Capstone programs. Lee is going to Nanjing University, while Hale will be headed for Beijing Union University.

Each student will intern in a Tier 1 city in China next spring. The award covers up to $10,000 per semester to help cover expenses.

Lee’s initial reaction to the announcement was “shock.”

“I knew how competitive Boren was, so I was really honored that they chose me among other applicants,” said Lee, who has a double major in Chinese and marketing. “Now, I am humbled and even more determined to expand my linguistic and cultural knowledge of China while using Boren Scholarship.”

A Chinese and liberal studies double major and Air Force ROTC cadet, Hale said he is “relieved” for the support from Boren.

“Completion of my capstone year and achievement of the ‘superior’ language proficiency level is essential for earning my Flagship certification and staying in good standing with the UM Chinese Flagship Program,” he said. “This, in turn, is essential to retaining my ROTC Flagship Scholarship and status as an ROTC cadet, and therefore, important for me commissioning as an intelligence officer at all.”

Previously, Lee studied at the Harbin (China) Institute of Technology through CET Academic Programs and at Shanghai University. She has been involved in the Big Event; orientation; Operation Life Vision, a mentoring program for area boys and girls; and the Love Packs feeding program.

Co-director of the UM Ambassador Program, Lee is also a chief emissary officer for the School of Business Administration and a member of Alpha Kappa Alpha sorority. She recently received the Black Student Union Essence Award, given to a member who has made a positive impact on campus.

“I will be taking courses alongside native Chinese students,” Lee said. “In the spring, I get to independently choose an internship anywhere in the country that challenges me to expand my linguistic and cultural knowledge in a professional environment. I will be using the scholarship funds to pay for tuition and living expenses.” 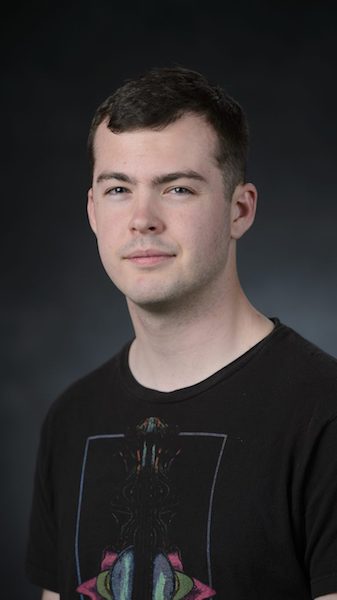 A Provost Scholar, Hale has completed three study abroad trips to Shanghai, CET Harbin and Princeton in Beijing. He has worked in the university’s IT department, as a class teaching assistant for Flagship classes and as a tutor-counselor the Chinese StarTalk program.

The Boren Scholarship will allow Hale to combine his major and minor in the workplace and give him more work experience.

“My ultimate goal is to use my knowledge of Chinese and computer science to serve my country in an interesting and meaningful way,” said Hale, who expects to be commissioned as a second lieutenant in 2020. “This capstone year is key to me achieving that goal.

“Everything about the Beijing Overseas Flagship Program is tailored to providing U.S. citizens with the skills for safeguarding national security.”

Upon her return to the U.S. in July 2019, Lee hopes to enter an MBA program. Her career goal is to work in the public sector in a government agency “for the benefit of economic security.”

“Shamessia and Wesley participated in our Chinese Language Flagship pre-freshman Summer Program in 2014, one of our signature programs,” said Henrietta Yang, associate professor of Chinese and linguistics and co-director of the UM Chinese Language Flagship Program. “They both did extremely well in the UM Flagship Program; the UM Shanghai Program, another UM Flagship signature program; and other overseas programs. I cannot be more proud of these two students.”

“The Department of Modern Languages takes pride in teaching students like Shamessia and Wesley, and they are most deserving of the Boren,” he said. “If we are going to arrive at peaceful solutions to today’s security problems, we need to be able to communicate with others across the globe.

“That’s where our programs in modern languages can make significant contributions to these efforts.”

The university’s success with the Boren Scholarship is a testament to the quality of language and culture instruction happening on campus through the Chinese Language Flagship Program and the Croft Institute said Tim Dolan, director of the Office of National Scholarship Advisement.

Lee is the daughter of Sandrell and Antonio Lee of Olive Branch. Hale is the son of Helen and Jason Hale of Oxford.

For more about the Boren Scholarships, contact Dolan at tadolan@olemiss.edu or call 662-915-1798.