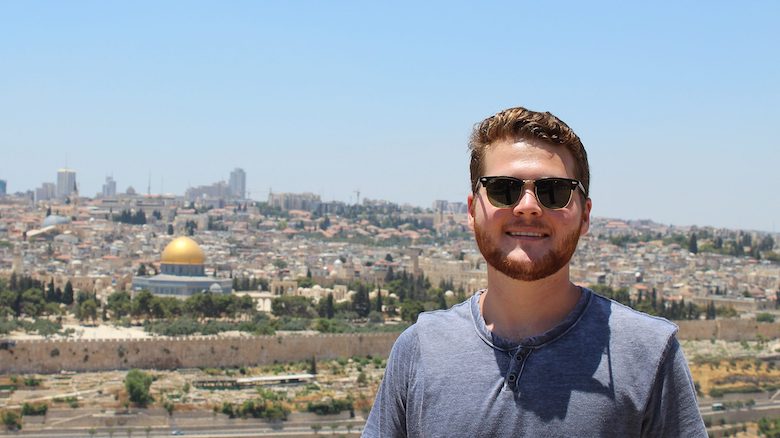 Caleb Ray, a senior in the Croft Institute for International Studies and the Sally McDonnell Barksdale Honors College at the University of Mississippi, has been named a 2020 Boren Scholar. He plans to study Arabic in Morocco. Submitted photo

Two students in the University of Mississippi‘s Croft Institute for International Studies are among the latest recipients of the prestigious David L. Boren Scholarship from the National Security Exchange Program.

Both students plan to use their Boren scholarships to complete their fifth-year programs, known as Capstone, in cities in their respective countries. Their Boren terms are scheduled to run August 2020 through May 2021.

Ray is to attend Arabic classes taught at the Arab American Language Institute in Morocco language center in Meknes, as well as classes at Moulay Ismail University. The program also involves an internship component, which can include a variety of disciplines, from media to law to carpentry.

“I’m proud of myself,” said Ray, also a member of the Sally McDonnell Barksdale Honors College and the Phi Kappa Phi and Phi Beta Kappa honor societies who received this year’s Arabic Honors Award and was a 2019 Barksdale Honors Fellowship recipient.

“It makes me feel like the work I’ve put in for the past four years is starting to pay off. The Boren is a great segue into federal government work, and I am excited to see what opportunities the program can help me discover.”

A joint Mandarin Chinese and international studies major, with concentrations in global economics and business, Menchaca also has a military science minor through the Army Reserve Officers’ Training Corps at Ole Miss.

“To me, the Boren award signifies the culmination of four years of intensive study at the University of Mississippi,” said Menchaca, who plans to study at the Defense Language Institute Foreign Language Center in California for about 10 months. “I am honored to receive the Boren scholarship and grateful for the opportunity given by it to not only continue my Chinese studies, but also mold myself into a more competent civilian, soldier and future leader.” 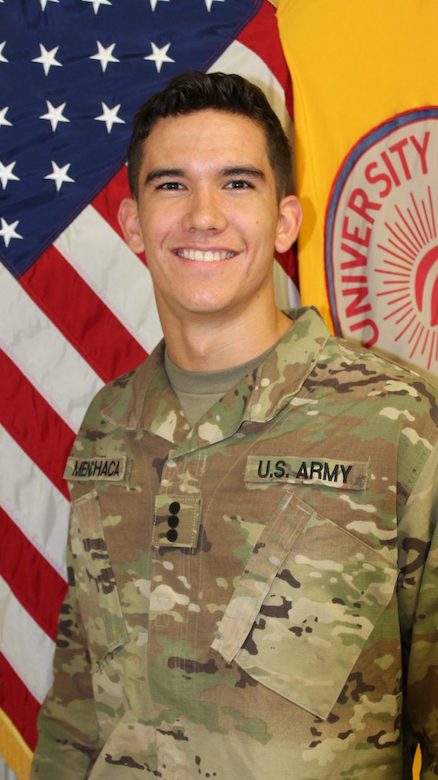 Gabe Menchaca, a senior in the UM Croft Institute for International Studies, has been named a 2020 Boren Scholar and plans to study Chinese in China after completing the 2020 Fall Chinese Language Flagship Capstone Program in California. Submitted photo

Menchaca will join six to 12 other Chinese Flagship students accepted into the DLIFLC program to complete the inaugural year of a Middlebury Institute and Defense Language Institute-partnered domestic Chinese immersion program. His studies include high-level language courses and a research methodology course in Chinese, plus language partners, cultural clubs, a Chinese mentor, proctored living-learning house and a Capstone research project in Chinese.

The success of these students showcases the university’s commitment to language and cultural training, said Douglass Sullivan-Gonzalez, dean of the Honors College.

“We always admire those who take risks to venture outside of comfort zones to pick up these incredible skills in language acquisition in very different historical and cultural moments,” Sullivan-Gonzalez said. “Kudos to both, and we are proud of their accomplishments.”

Oliver Dinius, executive director of the Croft Institute, commended both students for their accomplishment in earning the scholarships from the NSEP Boren and the U.S. Department of State.

“Every student at the Croft Institute studies a foreign language every semester during college, which already distinguishes them from the great majority of students in the U.S.,” Dinius said.

“Some students – such as Caleb and Gabe – go beyond and choose to study Arabic and Chinese, respectively, through a highly rigorous Flagship program to achieve advanced and ultimately superior levels in the language. Receiving the Boren Scholarship is a well-deserved recognition of their commitment and will enable them to reach their goal.”

This year, the Institute of International Education, which administers the awards on behalf of National Security Exchange Program, received 851 applications from undergraduate students for the Boren Scholarship. From those, 244 were awarded. Also, 273 graduate students applied for Boren Fellowships, and 106 were awarded.

Boren Scholars and fellows will live in 39 countries throughout Africa, Asia, Central and Eastern Europe, Eurasia, Latin America and the Middle East. They study 30 different languages. The most popular languages include Arabic, Mandarin, Russian, Portuguese, Swahili and Hindi.

“To continue to play a leadership role in the world, it is vital that America’s future leaders have a deep understanding of the rest of the world,” said former U.S. Sen. David Boren, principal author of the legislation that created the National Security Education Program and the scholarships and fellowships that bear his name.

“As we seek to lead through partnerships, understanding of other cultures and languages is absolutely essential.”

Students interested in applying for the Boren Scholarship Award are encouraged to contact the Office of National Scholarship Advisement at vibrahim@olemiss.edu.