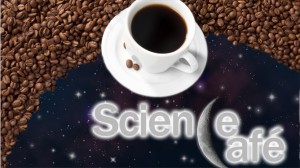 Isaac Newton and his groundbreaking theory of gravity are the focus for a monthly public science forum organized by the UM Department of Physics and Astronomy.

The fall semester’s second meeting of the Oxford Science Cafe is set for 6 p.m. Sept. 18 at Lusa Pastry Cafe, 1120 North Lamar Ave. in Oxford. Theresa Levitt, associate professor of history, will discuss “Isaac Newton, Alchemy and the Invention of Gravity.” The program is free and open to the public. “When Isaac Newton was a student at Cambridge, he had little interest in the official curriculum of scholastic Aristotelianism, preferring to read the rogue copies of Descartes and Galileo being passed around,” Levitt said. “He also spent enormous amounts of time on the study and practice of alchemy.”

Levitt’s 30-minute presentation will detail how Newton’s two pursuits, heliocentrism and alchemy, combined when he went home to Woolsthorpe University in 1666. The discovery of gravity that year owed a great deal to alchemical concepts that allowed Newton to conceive of a force that could be transmitted over empty space. The talk will be followed by a question-and-answer session. Levitt joined the UM faculty in 2002. A graduate of Harvard University, her research interests are the history of science and France.

For more information about Oxford Science Café programs, go to

http://www.phy.olemiss.edu/oxfordsciencecafe. For more information about the Department of Physics and Astronomy, go to https://www.olemiss.edu/depts/physics_and_astronomy/ or call 662-915-5311