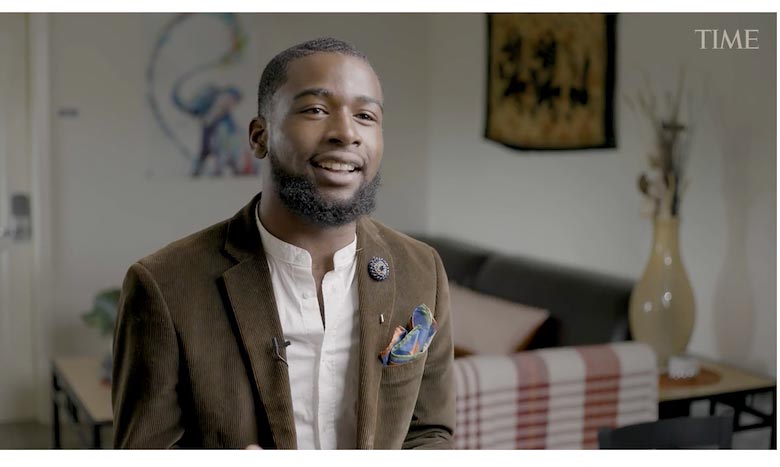 Bobby Hudson III in a TIME video featuring him as one three young changemakers during the COVID-19 crisis.

University of Mississippi public policy leadership major Bobby Hudson III is featured as One of 30 in 2030: A Generation Creating Change.

It’s no secret that mental health was the collateral damage of the pandemic, with illness, loss and financial hardship weighing heavily on billions around the world. Those in Generation Z have been greatly impacted, since they are more likely to be in insecure work and disproportionately affected by nationwide lockdowns and restrictions at a time when many are only just entering adulthood.

This is taking a toll on mental health. Around 40% of people aged 18-29 surveyed by the U.S. Census Bureau reported symptoms of anxiety or depression in October, higher than any other adult age group.

TIME spoke to three young changemakers who have taken a creative approach to addressing mental health amid the crisis.

“March 2020 changed everybody’s lives, most definitely,” says Mississippi college student Bobby Hudson III. “But I never imagined how it would … influence me to get involved a little bit more in my community.”

Hudson established the North Gulfport Advocacy Coalition, a grassroots group dedicated to educating the public on topics such as politics, social advocacy and voter awareness. He believes in reinvesting the knowledge he gained at college back into his community. “One thing I always tell people: it’s important that we go back into our communities and make the changes that we want to see.”

Watch the TIME video and read the story.