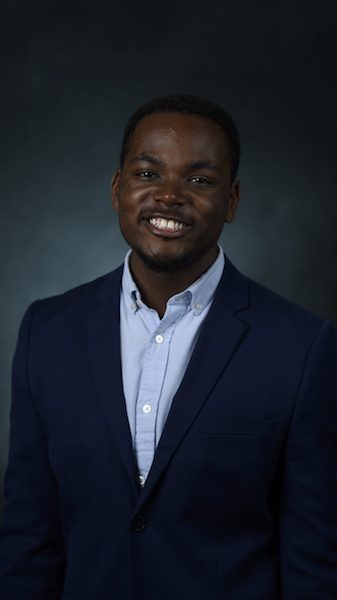 Good news came for a trio of University of Mississippi juniors recently when they were named finalists for the prestigious Harry S. Truman Scholarship.

Jarvis Benson of Grenada, Jaz Brisack of Oxford and Allen Coon of Petal will each interview for the award March 13 before a regional review panel in Nashville. Winners will be announced April 18.

“This is the first time in history that the University of Mississippi has had three Truman finalists,” said Tim Dolan, director of the UM Office of National Scholarship Advisement. “It is rare for universities to have multiple finalists.

“Colorado State and the University of Pennsylvania each had four finalists this year, but for SEC schools, it is typical to have only one or two.”

The university’s most recent Truman recipient, its 14th overall, was Chelsea Caveny, a public policy leadership major from Hattiesburg, in 2010. The university’s nomination committee selected four juniors this year from a field of seven applicants.

“To have three of our four institutional nominees named as finalists is really amazing,” Dolan said. “For their final selection, the Truman Foundation will award one scholarship per state.”

Students selected as Truman Scholars are invited to participate in the Truman Washington Summer Institute following their junior year to deepen their understanding of the national policy-making process.

All three Sally McDonnell Barksdale Honors College students said they were thrilled when they received their notifications.

“That a foundation as prestigious as Truman would believe in and recognize me in such a way was incredible to realize,” said Benson, an international studies and Spanish major. “it still is.”

Benson plans to work with the U.S. Committee for Refugees and Immigrants during the Summer Institute, if he wins the scholarship.

“I would love to have a look into the way the committee organizes to provide services such as shelter, food, clothing, health care, job development and legal representation to their clients,” he said. “I would like to work with the refugee crisis issue and work to educate lawmakers on the intricacies of the refugee crisis and advocating for policies that extend protections to those that have been displaced.” 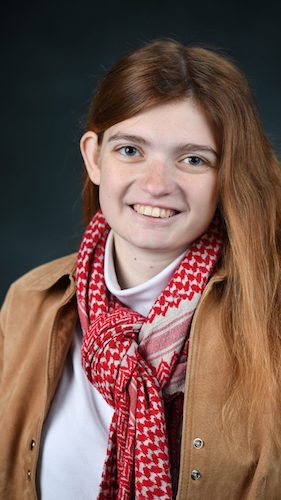 A general studies major, Brisack said she was “excited and very nervous, but happy” to learn the good news. If selected, she would like to work with the Solidarity Center, an AFL-CIO-sponsored initiative in Washington, D.C., that works to achieve the right to unionize for workers around the world and help them gain a voice and rights at their jobs.

“Intersectionality is important to me,” she said. “The Solidarity Center attempts to address many forms of exploitation, from human trafficking to mistreatment of migrant workers to the unequal classification of domestic workers, through empowering those directly affected.”

Brisack’s honors include having an article, “Organizing Unions as Social Policy,” published in the Global Encyclopedia of Public Policy, being a winner in the Creative Nonfiction division of the Southern Literary Festival and receiving the UM Outstanding Freshman award. A National Merit Scholar, she is also a member of the UM debate team and a recipient of Honors College Extraordinary Research Funds and Leeton Service Award.

Brisack plans to earn a master’s degree in creative writing and then work as a labor union organizer to empower workers to bring democratic processes to their workplaces.

“It’s a privilege to represent the University of Mississippi and our state in this national contest,” said Coon, a public policy leadership and African American Studies major with a minor in sociology. During the Washington Summer Institute, he would like to prepare to become a state representative and local community organizer.

“Generations of inequitable education access and allocation have exacerbated state racial income disparities, culminating in a chronically underfunded public education system that fails our poorest and most marginalized communities,” he said.

“I will push our state to sanction mandatory early education (kindergarten) and strengthen post-secondary vocational and trade programs through joint public-private funding mechanisms and a bipartisan, statewide grassroots campaign calling on citizens and officials to consider public and private investments in education as job creation and economic freedom programs.” 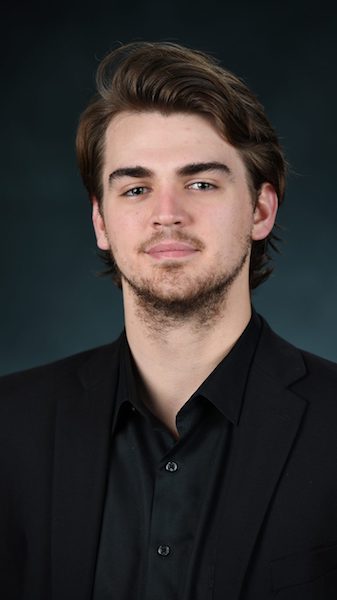 Coon’s accolades include the university’s Lift Every Voice Award and the Andrew Goodman Foundation Hidden Heroes Award. He has worked with the NAACP, Mississippi Vote Everywhere and Young Democrats of Mississippi.

After graduation, he plans are to intern at the William Winter Institute for Racial Reconciliation until fall 2021. Afterwards, Coon hopes to attend the University of California at Berkeley and pursue a concurrent degree in public policy and law at the Goldman School of Public Policy and the School of Law, respectively.

Coon would like to ultimately return to Mississippi to work on civil rights, voting rights and education.

Honors College Dean Douglass Sullivan-Gonzalez said all three students are already winners just for being nominated at the same time.

“We are ecstatic with three Truman finalists for the University of Mississippi and for the Sally McDonnell Barksdale Honors College,” he said. “I rest well with the future of our republic knowing that these agents of change who have received this great accolade will take on the unknown challenges with gusto and aplomb.”

The candidates said they will remain friends no matter who – if any of them – wins.

“I’ve been blessed to attend alongside Jarvis and Jaz, whose dedicated voter engagement and union organizing work, respectively, have bettered our community and inspired my own work,” Coon said. “The other Mississippi candidate, Jack Hoda of the University of Southern Mississippi, is an old friend and fellow Petal School District graduate.

“I am proud that Mississippi can claim these change makers as its representatives.”

“I’ve been friends with Jarvis and Allen for years, and they are both exceptional young leaders who will represent our university and state well,” she said. “I’m glad they both advanced.”

Benson had similar praises for his peers.

“They are two of the most fierce fighters for good I have ever met,” he said. “For years, I have watched them rally, march and organize with humility and grace. They are the epitome of what it means to be a Truman Scholar.”

The Harry S. Truman Scholarship Foundation, the federal memorial to the nation’s 33rd president, awards merit-based scholarships to college students who plan to pursue careers in government or elsewhere in public service. Truman Scholars receive up to $30,000 for graduate or professional school, participate in leadership development activities and have special opportunities for internships and employment with the federal government.