Third Annual Music of the South Symposium Focuses on Songwriters 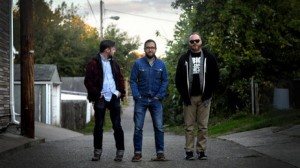 Songwriters often express their emotions through combining lyrics and music, and their efforts are the focus of the third annual Music of the South Symposium. Set for April 2-3 at the University of Mississippi, the symposium will gather scholars and students to share research on the culture, meaning and practices surrounding songwriting in and from the American South.

There is no registration fee for the conference, which is cosponsored by the Center for the Study of Southern Culture and Living Blues Magazine.

Mark Camarigg, publications manager for Living Blues, said the conference appears to be establishing itself, as there was a great and varied response to the call for papers. “We will have discussions on all genres and styles of music, including country, rap, corridos, blues, bounce and gospel,” Camarigg said. “We’ve also made a conscious effort to include films this year, and will show films on songwriters Vic Chesnutt and Jimbeau Hinson.”

In conjunction with the symposium, the Music of the South Concert April 2 features singer-songwriters Amy Andrews, Tyler Keith and the Water Liars. The 7 p.m. concert is in the Ford Center Studio Theatre. Tickets are $10 and available at the UM Box Office and at the door, unless sold out.

Andrews, a bluesy singer and guitar player from Baltimore, Md., who lives in Georgia, raises awareness about women’s spaces, their impact on the lesbian community and the plight of feminist bookstores. Keith, a Southern studies graduate, is known as a member of the garage punk bands the Neckbones, the Preacher’s Kids, and Tyler Keith and the Apostles. The Water Liars, a trio composed of singer Justin Kinkel-Schuster, G.R. Robinson on bass and Andrew Bryant on drums, is a Southern indie rock band based in Water Valley.

The conference kicks off at noon April 2, with a brown bag lunch and lecture session with Andrews, Keith and Kinkel-Schuster, to discuss their experiences as songwriters.

“The Brown Bag roundtable discussion will be a nice opportunity to hear from the musicians talk about the songwriting craft prior to their performance later that evening.” Camarigg said.

The goal of the conference is to consider a number of interrelated issues, including how songwriters incorporate Southern culture into their art, how regional identity, race and religion influence songwriting, and, perhaps most importantly, how songwriters earn a living.

Panel discussions take place in the Faulkner Room of the J.D. Williams Library, and include presentations about gospel songbooks in the Great Depression, female murder ballads and New Orleans hip-hop, among others. Award-winning writer, editor and producer Holly George-Warren will talk about the life and music of Alex Chilton, the topic of George-Warren’s latest biography, published by Viking.  She is also the featured author on the live broadcast of the “Thacker Mountain Radio Show,” at 6 p.m. at Off Square Books, located at 129 Courthouse Square.

Ted Ownby, CSSC director, said that he is excited about a conference with an emphasis on songwriting because at some point on the 20th century, people interested in music showed more interest in musicians than in songwriters, so this is a good way to focus on Southern music.

“The issue of songwriting brings up questions about the relationship between writing and, for example, improvisation, or writing and studio production, or song construction and folk tradition,” Ownby said. “Also, emphasizing the writing of songs allows us to think especially about connections between music and poetry and memoir and other forms of composition.”