The Song in Adam Gussow’s Head 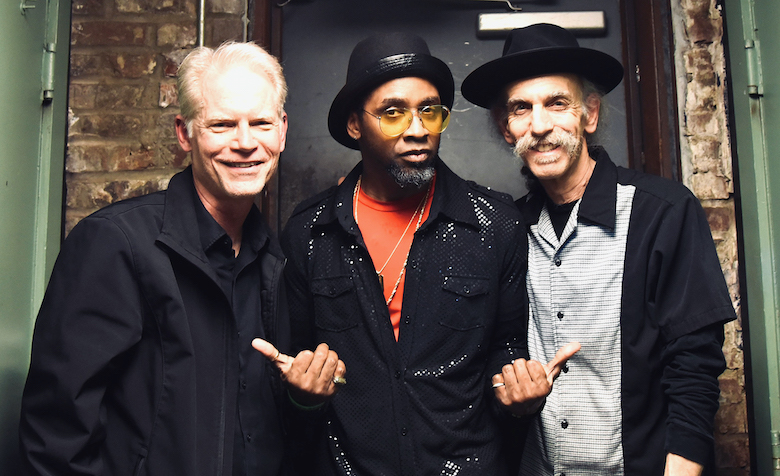 It was an uncommon tune, but it was usually there, in all its weird glory, for the professor of Southern studies, who teaches about blues music and is a recording artist in his own right. He’s also a notable figure in the music world for the Netflix documentary “Satan & Adam.”

The chord progression that haunted him is the backbone of an uplifting new track from Gussow, Rod Patterson and fellow Ole Miss professor Alan Gross called “Come Together.” It all started with a noise in his head: a clarion call in A-C-D-F.

“There’s some magic to this, I thought,” Gussow said. “It has a sort of blues rock feel to it. I started looking around online thinking, ‘Surely, I didn’t make this progression up.”

Gussow would know. The professor also plays with Gross in the duo “The Blues Doctors,” a play on the fact the band is made up of two smart guys with Ph.D.s.

Patterson is an Atlanta-based motivational speaker who crusades against bullying in the city’s schools. He’s also a performer who does a show in nursing homes where he dances and sings karaoke-style to the songs of James Brown, Michael Jackson, Sam Cooke and Ray Charles.

Gussow, Gross and Patterson all got together in February for a session at a historic home in Water Valley. Gussow wrote the music for “Come Together” after hearing the progression three years ago, and he and Gross had recorded it.

Patterson wrote lyrics over their backing track and the next day, they had the song. “Come Together” became a gem of the session.

The band wrote the tune out of frustration with divisions in the country, racism and intolerance.

Gross says he’s a “recovering hippie” who was at Woodstock, and the message of the song speaks to that part of his soul.

“(Patterson’s) message is, ‘Why is everybody so mad?” Gross said. “For most of us, like me, living in even a very poor state, where we aren’t paid what we should be, we should spend a little more time thinking about how good we have it. Especially when compared to those who are spending every waking minute of life worrying about whether they will be able to eat.”

“We shouldn’t be so mad at each other. The formula is not hard. It’s ‘Be nice.’” 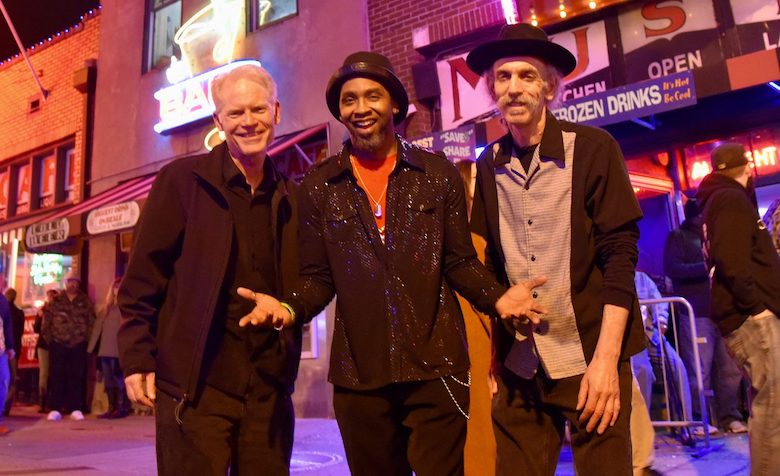 Gussow gets a laugh out of the fact that the song began as something he and Gross jammed on in his living room in 2017, and went from an instrumental to having words. And when Patterson wrote the song, it was about a virus, though COVID-19 wasn’t making nearly as much news then, Gussow said. It seems eerie to him now.

“This was mid-February,” he said. “Nobody in America was really talking about COVID-19. It spoke to this thing that wants to kill us. This virus. Racism. It ended up ‘coming together.’”

Gussow and Patterson have an unusual connection: Sterling “Mr. Satan” Magee. Patterson’s uncle’s friendship and collaboration with the professor over 23 years is the focus of “Satan & Adam.” Their partnership began when Gussow and Magee, who is a very talented street musician, played for five years on the streets of Harlem.

Patterson saw the documentary on Netflix, contacted Gussow in December and said, “I’m Sterling Magee’s nephew.” He had learned the songs from the Satan & Adam albums and wanted to work with Gussow on a tribute show for his uncle.

The bond between the lyricist, Patterson, and Gussow is also strong.

“We ended up talking one day and realized we had his uncanny, instant fellowship,” Gussow said. “It’s a musical brotherhood, or trust, or whatever you want to call it.

“It was uncanny, but the moment we got together in mid-January to jam, we felt that again. I think so much so, that the music even surprised both of us a little.”

Playing music is just as magical for Gross in some ways, too, he said. Even though the band isn’t able to play the gigs it had scheduled in 2020 – including dates around the country – Gross is happy with the album and looks forward to being back on the road again.

“I appreciate every opportunity we get to play. We’ll have them again.”