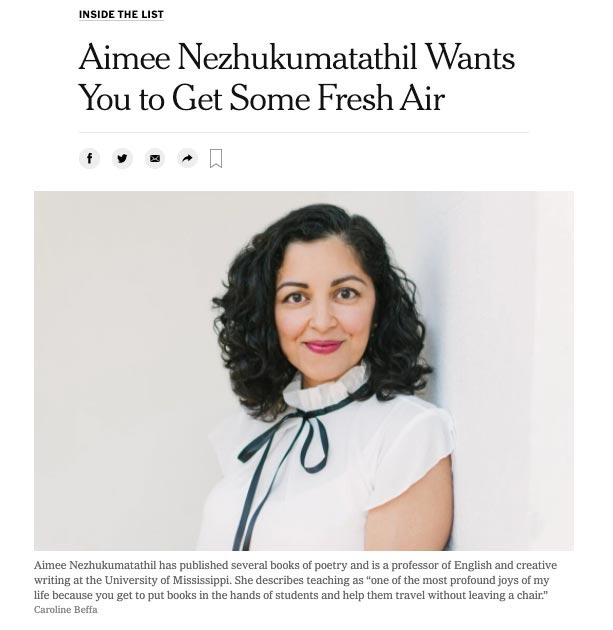 WONDER WOMAN It’s not every day that pets come up during a phone interview, but the subject is relevant when you’re talking to Aimee Nezhukumatathil, whose illustrated essay collection, “World of Wonders,” doubles as a love letter to little creatures. It turns out she shares her home with a small, mostly Chihuahua-based mutt named Haiku. “He’s a really teeny dog and I’m a nerdy poet, so there you go,” she explains. “Unfortunately he has a little bit of pandemic weight on him, so now we joke that he’s a haibun, which is a larger form of Japanese poetry.”

“World of Wonders” was published by Milkweed Editions on Sept. 8 and, three months later, was selected as Barnes & Noble’s Book of the Year. On Dec. 16, Nezhukumatathil was helping her fifth grader practice for a spelling bee when she learned that the book was No. 5 on the hardcover nonfiction list. (It is now at No. 7.) She describes the news as “beyond my wildest dreams.”