The First Theatre Department Show of the Year

September 23, 2014 | by TORI WILSON
Courtesy of The Daily Mississippian 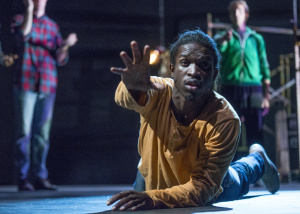 Students perform in “We Are Proud to Present a Presentation About the Herero of Namibia” at Meek Hall Auditorium in Sept. 22, 2014. | DM Photo by Phillip Waller

The first Ole Miss Theatre production of the semester opens today—a play titled “We Are Proud to Present a Presentation About the Herero of Namibia, Formerly Known as South West Africa, From the German Sudwestafrika, Between the Years 1884-1915.”

Though the title is daunting, the play has garnered critical acclaim in the few short years since its publication. The show, written by Jackie Sibbles Drury, involves a group of actors who endeavor to dramatize the genocide of the Herero people, an event that has been largely forgotten by history even though it was one of the first genocides of the 20th century. As the actors act out the events of the genocide, they find the contents of the play hit closer to home than they expected. Drury first began the script during her time at Brown University while pursuing her MFA in playwriting, and spent several years researching and rewriting her work.

“We Are Proud to Present” has been produced internationally in such locations as London, Chicago and New York. Now the production comes to the University of Mississippi stage, and those involved are eager to share the unique, humorous but thoughtful play with the community.

The show is meta-theatrical—the nine actors who comprise the cast portray actors who are putting on a show, in a manner similar to last year’s production of “Six Characters in Search of an Author.” The show also follows a recent trend in the theater department to present plays and musicals that push beyond the conventions of society. Last year, the season explored themes of homosexuality, body image, free will and religion in four distinctly diverse productions. “We Are Proud to Present…” explores themes of not only racism, owing to its subject matter, but also the creative process and the ‘magic’ of theater. 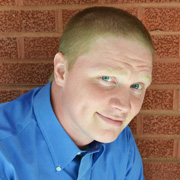 “I feel that the show is exceptionally well written,” said director David Reed, instructor of theatre arts. “(The script) deals with poignant issues here on the UM campus and in the world at large.”

However, Reed was quick to emphasize that the show is equal parts humor and drama; theater in-jokes are scattered throughout, and Reed said audiences will appreciate the modernity of the writing. He described the show as “very accessible” whether the attendees are theater aficionados or seeing a play for the very first time.

Tina McCoy, who plays Actor 6, described her role in the show as the “artistic director” of sorts, a strong-minded woman who wants to tell the story of the Herero people because she is interested in exploring her heritage.

McCoy was attracted to the show as an actress by the playwright’s use of humor to express serious ideas.

The character McCoy plays finds her ancestry foreign and wants to understand the people she portrays. Like her character, McCoy hopes the play will promote understanding.

“Theater is meant to send a message,” McCoy said. “I just hope that (people) come to the show and open their minds to the message that we’re sending.”

Kaleb Mitchell plays Actor 2/Black Man. Mitchell, like his fellow actors, believes the production of this play comes at an important time for the university and Oxford community. However, he understands the show will bring to light issues that “no one wants to see.”

The show will invite audiences to consider the social climate of the university just as surely as it will entertain.

“We Are Proud to Present” opens at 7:30 tonight at Meek Hall Auditorium.