MARCH 8, 2017  |  By ANNA KATHRYN HODGES for The Daily Mississippian 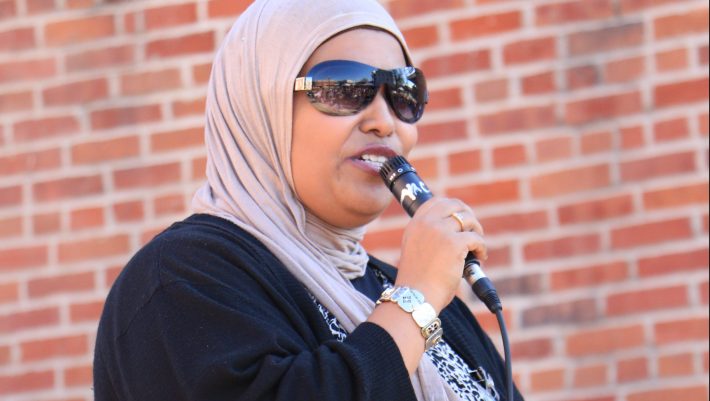 Meet Asmaa Taha, a University of Mississippi instructor of Arabic in the Department of Modern Languages Arabic Language Program. Some of you may know her already, as current students or from past classes.

Hailing from Egypt, Taha first joined the Ole Miss family as a teaching assistant for Arabic in 2013.  And it was in 2015, after completing her master’s degree, that she became an instructor of the standard form of Arabic, as well as the Egyptian Dialect.

Becoming an educator was a rather easy decision for Taha.

“I always like to interact and communicate with people, so teaching gives me this chance of getting to talk about different cultures and different daily life situations,” she says. “I think it is very rewarding to see the progress of students, and it’s priceless to see a student’s reaction when she or he learns or recalls a piece of information.”

To her, teaching is fun and presents the opportunity to see students grow as they learn to communicate, as she knows what it is like to learn another language.

Her mother has been a great influential figure in her life. When I asked who the greatest female figure in her life was, her response was her mother. Her mother was someone who inspired her to strive for success and to never think gender would stand in the way.

“She was a very independent, strong, smart, patient and ambitious lady,” she said. “I am just like my mother, as I am independent, patient, ambitious and dedicated to my career. I learned a lot of great things from her, especially that success is achieved by the amount of effort devoted, and it is not based on gender.”

Taha had a lasting impact on her previous students, students who have found her to be a wonderful example to live by and a person whom they feel could be looked up to. They have also impacted her.

“I try to make a positive impact on people around me by encouraging my students and supporting them, by volunteering for cultural exchange activities and discussing women’s rights,” she said.

Taha said she feels Oxford has made a lasting impact on her, too, since it’s a place where diversity thrives and is cherished.

Taha’s advice to fellow women is to lead by example.

“Be yourself and work hard to achieve your goals and dreams, and be a good example to make a difference in your life or a young college lady’s life,” Taha said. “Women will be truly equals to males and get paid equally, too.”

In the United States, the 31 days of March are celebrated as National Women’s History Month. It is a time in which people can reflect on the successes and breakthroughs from women of the past, as well as those of present day. But it is not only about celebrating the women who are known throughout the world, but celebrating women in local communities, as well. Women with whom we interact in our everyday lives.

This month, The Daily Mississippian honors the women who have made a difference in the Oxford-University community. These women are our peers, our educators and our neighbors. We all strive toward a goal of equality and a better future for the generations of women to come, and these women have already made an impact. This series will be a testament to the strides women have made throughout history.