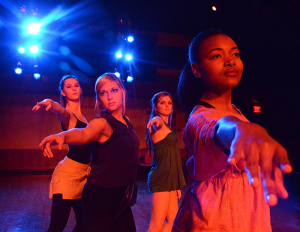 Nov 19 2013 —by Ashton Dawes
Courtesy of The Daily Mississippian

Mississippi: The Dance Company will be performing “Breaking Boundaries” this week in Meek Hall Auditorium.

Jennifer Mizenko, professor of movement and dance at the University of Mississippi, is excited to present the show with her cast of talented dancers and choreographers. It is designed with Ole Miss Theatre’s theme of the same name in mind and includes eight different pieces of dance that fit under the overall genre of modern dance.

“We have dances that range from more theatrical in style to more abstract,” Mizenko said. “Each one is set apart by its own theme within ‘Breaking Boundaries.’ There’s not a single piece like another.”

Within the show, former limitations of dance itself are being exceeded. “Breaking Boundaries” includes a piece that combines both filmed dance and live dance on the same stage. Patrons will be able to see film playing behind the dancers, but neither part is separate from the other.

“I think it’s going to surprise a lot of people,” Mizenko said.

She has included an all-male piece in this year’s show. She is pleased to be presenting this piece, entitled “Figaro,” because it is a special occurrence in the dancing world to have enough men to create an entire dance. She nods to this year’s freshmen as the source of this possibility. 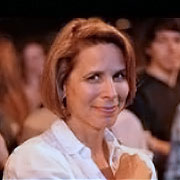 “I didn’t plan to do this piece,” she admitted, “but when I saw the talent coming in, I knew I had to create something.”

There is also a dance based on this year’s common reading novel, The Unforgiving Minute by Craig M. Mullaney. However, don’t expect a musical or a play, but rather a representation of the text’s emotion through abstract dance.

Although she is the artistic director of Mississippi: The Dance Company, Mizenko is not the only choreographer to present her hard work in the performance.

Bailey Baker and Jade Genga are both seniors in the theater arts program who have taken on the role of student choreographers for this show. Handpicked by Mizenko, the two women have put their own spin on the idea of breaking boundaries. Baker has turned her dance into something reminiscent of a rock show, with the lighting effects and the sensual demeanor of her dancers.

As impressive as the dancing itself is, Mississippi: The Dance Company has something special behind the scenes. It has created a family atmosphere for itself. Returning to their family at UM this year, alumni Roxie Thomas and Brad Howard have returned to both choreograph pieces in “Breaking Boundaries” and to perform together with Mizenko.

The show will be performed at 7:30 p.m. Nov. 20, 21 and 22 in Meek Auditorium. Tickets are on sale at the Ole Miss Box Office and online at olemissboxoffice.com. Tickets are $9 for students, $12.50 for adults and $8 for children and seniors.

Break away for a short time to see this spectacular, upcoming performance.