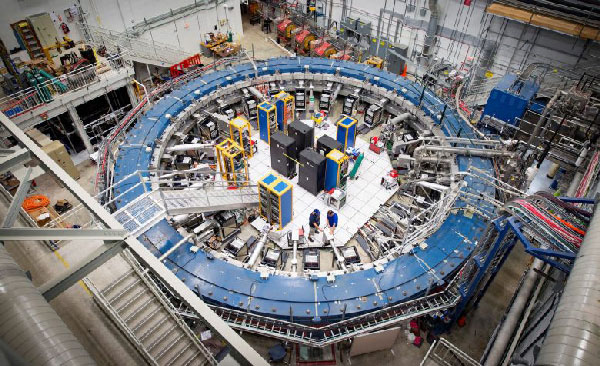 The core component of the Muon g-2 experiment at the Fermi National Accelerator Laboratory is a 50-foot superconducting electromagnet. UM physicist Breese Quinn is among the collaborators on the project that searches for hidden particles and forces. Photo courtesy Fermilab

The ongoing findings of a groundbreaking experiment involving subatomic particles is the topic for a virtual Oxford Science Cafe scheduled for Oct. 19 by a University of Mississippi faculty member who is part of the research team.

The Virtual Oxford Science Cafe program will be hosted on Zoom beginning at 6 p.m. Breese Quinn, professor of physics and director of the Center for Multi-messenger Astrophysics at UM, will discuss “Subatomic Spinning Tops: The Muon g-2 experiment finds strong evidence for new physics.” 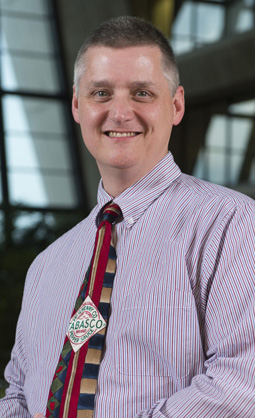 “Almost 20 years ago, an experiment at Brookhaven National Laboratory measured how much muons wobble as they spin in a magnetic field,” Quinn said. “Their result disagreed with our best theory predictions and represents one of the strongest hints of new physics that we have had in decades.”

However, the measurement was not precise enough for the Brookhaven team to claim definitively that the evidence amounted to a new discovery. To investigate this longstanding puzzle, the Muon g-2 experiment was built at Fermilab, near Chicago, to achieve the goal of measuring the muon wobble to an incredible precision of some 100 parts per billion.

During his 45-minute webcast, Quinn will discuss results from the ongoing Fermilab Muon g-2 experiment, based on the first 6 percent of its total data set.

“These first results confirm the earlier BNL measurement and give us the strongest evidence to date of brand new physics beyond the Standard Model of particle physics,” said Quinn, who noted the findings have been covered by The New York Times and were commented on by “Star Wars” actor Mark Hamill (Luke Skywalker) on Twitter.

For more information about the Department of Physics and Astronomy, visit https://physics.olemiss.edu/.