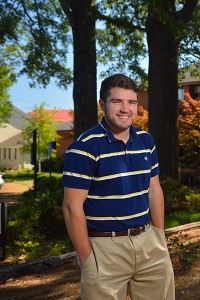 Three University of Mississippi students, members of both the Sally McDonnell Barksdale Honors College and the Croft Institute for International Studies, have been awarded prestigious scholarships to teach and study abroad.

The awards are not surprising because UM prepares students to pursue their ambitions outside the United States, said Douglass Sullivan-Gonzalez, dean of the Honors College.

“These successes are evidence that the University of Mississippi nurtures students who are not afraid to test themselves at a global level, and that, here at UM, they will learn skills they’ll need in order to succeed in meeting those challenges,” Sullivan-Gonzalez said.

Troisi, a graduate student seeking a master’s degree in modern languages, also is the coordinator of recruitment and admissions for the Honors College. He plans to spend a year, and possibly more, in Kahramanmaras, Turkey, teaching English and conducting research on Turkish higher education. During his time at UM, he was a member of Phi Kappa Phi, Who’s Who Among Students in American Universities and Colleges and an honorary inductee into Order of Omega. He plans to pursue a doctorate in international education upon his return from Turkey.

Troisi said he would have not applied or been awarded a Fulbright Scholarship had it not been for the faculty, staff and students of the Honors College. 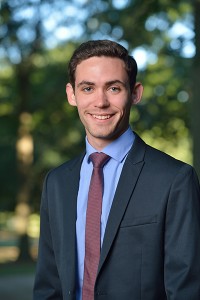 Woods, a 2014 UM graduate in international studies and German who studied abroad as an undergraduate, plans to return to Germany to teach English and take classes at local university. As an undergraduate, he was a member of Phi Kappa Phi, the Chancellor’s Leadership Class and Freshman Focus, and received a Taylor Medal. Woods developed a passion for teaching while working with the Sunflower County Freedom Project, a nonprofit organization that uses education to empower middle and high school students in the Mississippi Delta.

The Fulbright Scholarship presents an opportunity to continue what he has already started, Woods said.

“When I left Germany, there was still so much I wanted to see and accomplish,” Woods said. “Every day in Germany will present new challenges, especially with my high expectations for the year, but I’m really looking forward to it. I hope to use this opportunity to its fullest potential.”

Mockler, a 2015 graduate in Chinese and international studies, will use the scholarship to complete his capstone year in China. A member of Phi Kappa Phi and Order of Omega, he spent the fall of 2014 studying at Middlebury C.V. Starr School in Kunming, China. Upon his return from China, Mockler plans to fulfill his commitment to government service and give back to his community by volunteering with Americorps VISTA.

The goals of the Boren Scholarship complement the work Mockler has done at UM and his career goals, he said. 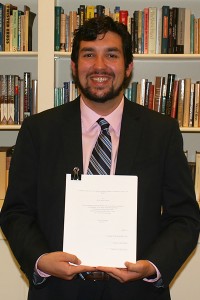 “For a group that’s never met me, that doesn’t know me like my family, friends and professors do, to say they believe in me and trust me to be cultural ambassador for the United States and a future federal servant; well, it’s a huge vote of confidence and immensely satisfying, to say the least,” Mockler said.

Boren Scholarship recipients receive up to $20,000 to study abroad in areas of the world that are critical to U.S. interests and underrepresented in study abroad, including Africa, Asia, Central and Eastern Europe, Eurasia, Latin America and the Middle East. In exchange for funding, Boren award recipients agree to work in the national security arena of the federal government for at least one year.

Students interested in applying for the Fulbright U.S. Student Award or a Boren Scholarship or Fellowship are encouraged to contact the Office of National Scholarship Advisement at onsa@olemiss.edu.