Rare species of fungi studied as part of three-year grant 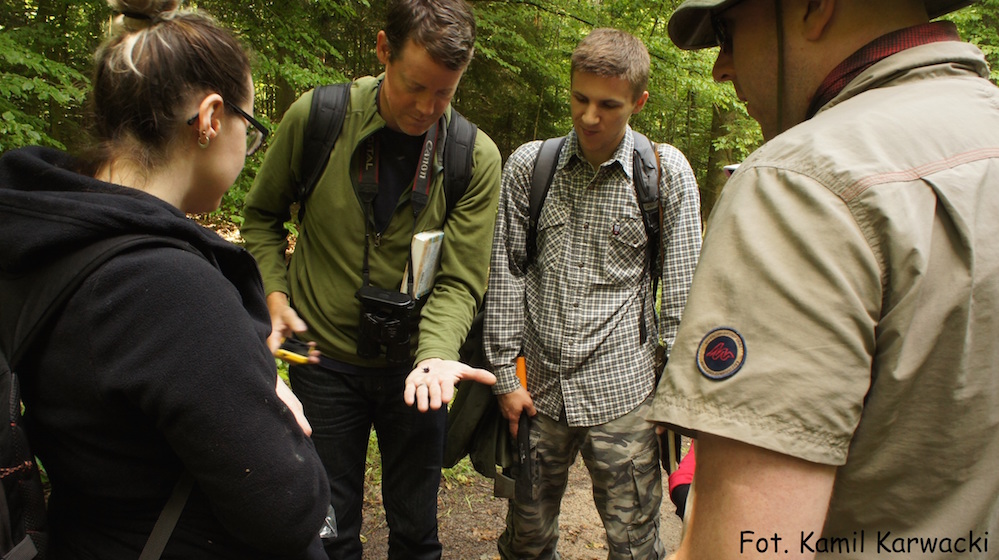 A 7,000-year-old forest in Poland could hold the key to solving some of the world’s major health problems, and several University of Mississippi researchers and students are working to unlock the potential of the forest’s ancient ecosystem.

UM researchers often travel to exotic locations, such as tropical rainforests or deep beneath the ocean, to search for plants and creatures that contain compounds that can be used against a variety of human illnesses. This Polish forest might seem an unlikely place to search for new medications, but it actually is a perfect spot, said Jordan Zjawiony, native of Poland and UM professor of pharmacognosy.

“The Bialowieza Forest is particularly unique because it has not been touched by human hands for several hundred years,” Zjawiony said. “We can only imagine what is inside. We had a special permit to access the wildest part of Bialowieza Forest, the Bialowieski National Park.”

A group of four UM students – Adam Keasling of Hillsboro, Tennessee, and Austin Morrison of Ridgeland, from the School of Pharmacy, and biology students Michelle Ha of Moss Point and Ann Rasmussen of Kingsport, Tennessee – traveled to Poland this summer with Zjawiony and Jason Hoeksema, associate professor of biology.

The six-week trip was funded by the National Science Foundation, with Zjawiony as the principal investigator and Hoeksema the co-principal investigator. The three-year grant will allow groups of students to travel to Europe each summer to conduct research in the forest alongside Polish students and scientists.

The Bialowieza Forest is on the border of Poland and Belarus. This strictly protected area is the most natural forest complex in the lowland part of Europe. It contains rare old growth and lies in a unique border zone between the boreal and temperate climate zones.

Zjawiony said that the forest holds great potential for the discovery of new natural products.

“Future pharmacists should learn that there are lots of medicinal plants around us that could be beneficial for patients,” he said. “We should work with them and eventually utilize them as drugs. That is one of our goals for the work we conduct in Poland.”

Fungi, in particular, are abundant in Bialowieza. 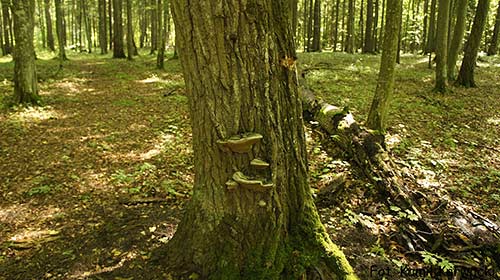 This fungus found of a tree in Bialowieza Forest is a type of polypore, a group of fungi that UM researchers are studying for potential medicinal properties.

“We found a very rare species of mushroom that grows on trees,” Zjawiony said. “These particular mushrooms have potential anticancer activity, which we are very excited about. We can study them further here at the National Center for Natural Products Research and confirm the activity while finding out what the active components are.”

Hoeksema is an expert in mycorrhizal fungi, a specialized class of fungi that grows symbiotically with the roots of plants. The group studied the fungi and how they interact with various species.

“We hope that the students gained an appreciation for both the particular challenges and potential rewards of international research collaborations while on this trip,” Hoeksema said. “They learned important basic information about the Bialowieza Forest and about the unique culture and people of Poland.”

Morrison, a second-year professional pharmacy student, said the experience was “informative, yet completely different from the U.S.”

“Being able to travel all over Poland and see the history that the country has endured was extremely eye-opening,” Morrison said. “It was a wonderful opportunity to gain knowledge about research in a foreign country.”

Rasmussen, a biology graduate student, was intrigued by the opportunity to conduct research in the historical forest.

“Bialowieza has a history of various human uses, such as royal hunting grounds, bison grazing and timber, so there was a mosaic of ecosystems in a pretty small area,” Rasmussen said. “Currently, large areas in and around the forest aren’t actively managed, and the large amount of downed wood is a good habitat for rare fungi.”

The researchers are continuing with lab work and data analysis, both at UM and in Poland, and plan to publish their findings in scientific journals. Zjawiony is excited about recruiting students for the second trip, set for next summer.

“This experience was so beneficial to our students,” he said. “Now that the first year of the project has been completed, we will begin reaching out to students for next summer.”