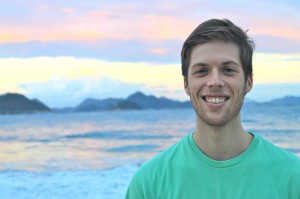 Among the beautiful beaches and carnival celebrations, University of Mississippi junior Lorin Dawson is hoping to gain practical experience in the Brazilian business environment with the help of a scholarship from Golden Key International Honour Society.

Dawson, of Lafayette, Indiana, is a recipient of the Joan Nelson Study Abroad Scholarship, which provides recipients with $2,500 for study in the country of their choice. Each year, Golden Key gives out only one Joan Nelson award.

“Since 1977, Golden Key has recognized over 12 million graduate and undergraduate students in the top 15 percent of their class and has awarded over $10 million in scholarships and awards to its members,” said Brad Rainey, executive director of Golden Key.

Dawson, who has been in Rio de Janeiro, Brazil since July 2013, chose the country to supplement a Latin American focus in international studies in the university’s Croft Institute for International Studies. Besides pursuing international studies, Dawson is also majoring in economics and minoring in Spanish, Portuguese and mathematics.

“I believe a strong business partnership with Brazil will become increasingly more important to the United States and other developed countries as Brazil continues to capitalize on its abundant natural resources and develop its economy,” Dawson said.

A member of the UM Croft Institute and the Sally McDonnell Barksdale Honors College, Dawson is enrolled at the Pontifícia Universidade Católica do Rio de Janeiro, earning academic credit towards his UM degree.

“I chose Ole Miss because I felt that the faculty is focused on what students need to excel and have a positive collegiate experience,” Dawson said. “The Croft Institute was one of the major factors for choosing Ole Miss due to its selective admission and rigorous program.” 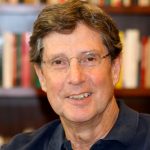 “He is one of our most determined and ambitious students, and we are lucky to have him in our program,” said Kees Gispen, executive director of the Croft Institute and professor emeritus of history. “I am thrilled for Lorin and, based on his hard work and his academic achievements, I’m not surprised that he was ‘discovered’ and has now been recognized for his extraordinary potential and achievements.”

Besides his academic endeavors, Dawson has been involved with St. Anthony Hall’s philanthropic efforts as well as acting as assistant scoutmaster for a local Boy Scout troop. After graduation in May 2015, Dawson plans to pursue a master’s degree in finance.

“We’re very proud to send students like Lorin to study abroad because they are such impactful ambassadors for our school to the wider world,” said Brad Noel, UM study abroad adviser. “I have every reason to believe that Lorin, with his motivation and talent, will continue on to make a positive impact in his career field after graduation and will continue to be an ambassador for the University of Mississippi of which we can all be proud.”

Dawson’s parents are Douglas and Jill Dawson of Lafayette, Indiana.

Golden Key is the world’s largest honor society, with more than 2 million members and more than 400 chapters around the world. The society offers education-based scholarships and awards for service and leadership achievements, about $1 million each year for both undergraduate and graduate students.