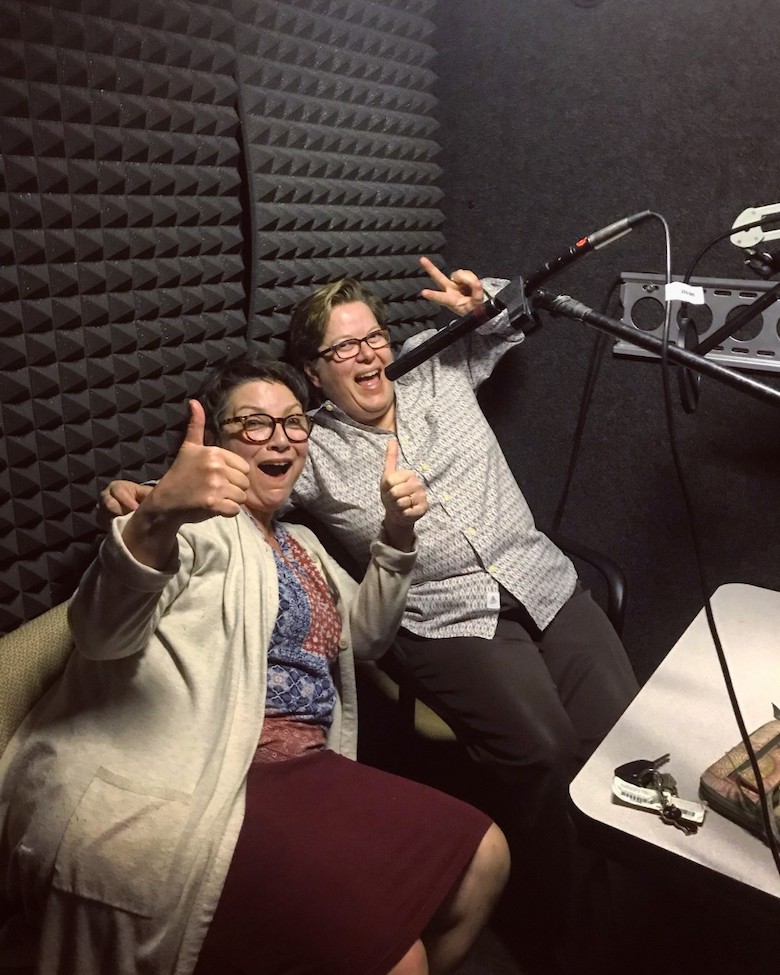 Welcome to the universe of “Swerve South,” a new podcast produced by the University of Mississippi’s Sarah Isom Center for Women and Gender Studies.

“Swerve South”—a six-part weekly series which debuted on November 27—examines the Deep South through the lenses of gender, feminism, multiculturalism, pop culture and queer culture.  The podcast is produced and hosted by Jaime Harker, professor of English and director of the Isom Center; and Theresa Starkey, instructional associate professor of gender studies, the Center’s associate director.

“This is an interdisciplinary show and a lively take on cultural analysis,” said Harker. “We think an in-depth conversation about gender and sexuality in the South is important.  It’s a part of our culture.”

Harker has interviewed visitors to the Isom Center, including Samantha Allen, award-winning journalist and author of “Real Queer America: LGBT Stories from Red States”; and the producers of the popular podcast, Waiting to X-Hale, which fleshes out influential cultural and social moments that define Generation X.

“Jaime and I are always discussing popular culture, gender, space, and place. We’re always also talking about the South we inhabit,” said Starkey. “We wanted to figure out a way to have a conversation about these things and doing a podcast made sense to us because it allows us to have fun and be serious all in the same moment.”

“Swerve South” is produced in conjunction with the University of Mississippi Center for the Study of Southern Culture‘s Southern Documentary Project.