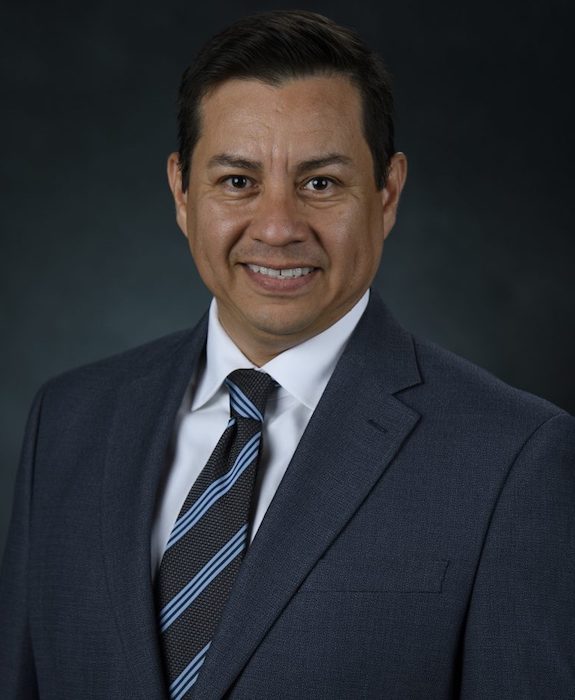 For Edgar Serrano, the Spanish language is a tool. More than just a way to strengthen their language skills, foreign language instruction is one of many tools Serrano hopes students receive to help make the world a better place.

That passion for teaching Spanish to college and elementary students resulted in national recognition.

Serrano, an instructor in the Department of Modern Languages at the University of Mississippi, has been named the 2018 recipient of the American Association of Teachers of Spanish and Portuguese Outstanding Teacher of the Year Award.

“Being honored makes me proud of my decision to teach and help impact young learners,” he said. “It also means that there is a light at end of the tunnel, and that it is never too late to start a new career.

“You never know, you may find your real passion in life, just as I have. I am also humbled and touched that I would be considered for this honor.”

Serrano is both a college-level instructor at UM and an elementary Spanish teacher at the Oxford University School. He was recognized for his work with elementary students at the AATSP conference held in Salamanca, Spain, in June.

The AATSP, founded in 1917, promotes the study and teaching Spanish and Portuguese languages and culture throughout all levels of education. The organization collaborates with educators on programs and research projects so students can develop a better understanding of the Spanish- and Portuguese-speaking countries of the world.

Originally from Mexico City, Serrano worked in international sales for more than a decade. In 2009, he returned to college to earn a master’s degree and began teaching language in 2011.

He teaches basic and intermediate Spanish at the university and third through eighth grades at OUS. Serrano’s work makes Oxford a more vibrant community and supports the university’s strategic goal of educating and engaging global citizens.

“I have always loved culture, travel and foreign languages, and I felt that I could make an impact in the lives of students by encouraging them to explore the world,” he said. 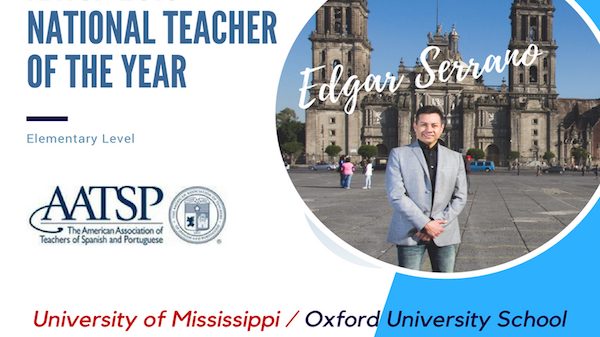 Serrano began teaching young children in 2011, and he said the challenge has been rewarding.

“I learned how smart and how fast very young students can learn,” he said. “They looked at me with emotion and were full of energy. They love learning the language and they accept everything naturally, like there is nothing difficult about it.”

He said the children have been very receptive in learning another language.

“They absolutely love it,” he said. “Parents tell me that their kids are always using the language by counting, singing the days of the week, or by playing with their toys and teaching them Spanish. For them, it’s so natural and simple like playing.

“This is the perfect time in their lives to learn another language.”

His students also take an active role in their language lessons by creating stories and art projects and asking questions about Spanish-speaking countries.

“As an educator, for me, it is very important to help students feel that Spanish is fun and can be learned with ease by connecting with what they already know. For example, we adapt STEM projects to keep their interest, make connections with what they know, while at the same time activating their critical thinking and using collaboration in the group projects.”

“Mr. Serrano has proven himself to be a leader in language education in our state, and he has been doing our state the biggest service of all by focusing on language education in elementary schools,” he said. “The younger the student, the easier it is to learn a foreign language, and moreover, the broader the young mind starts out in life.”

Serrano has a passion for teaching and feels he is making a difference in the lives of his students.

“They are our future and for me, it is so important that their lives get enriched by a foreign language,” he said. “I hope that in the future they will see the world with more open minds, so they can make it better.”