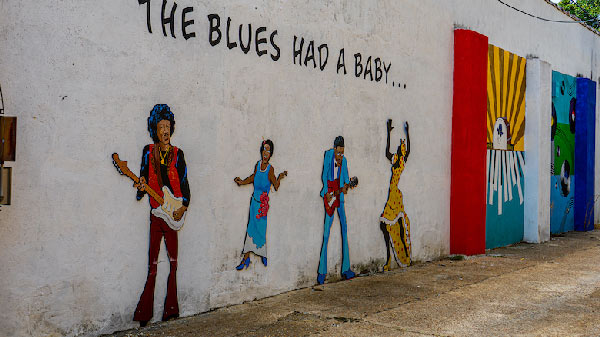 As an international graduate student, Elliot Grime wanted to learn about the culture of the South and better understand the region. For the past two years, he has taken documentary courses enabling him to get firsthand experience interacting with people, places and the landscape.

Eventually, this fieldwork led him to his thesis topic, “Southern Traditions: Exploring a Modern Mississippi,” a documentary photography book accompanied by the required written element for the documentary thesis track at the University of Mississippi‘s Center for the Study of Southern Culture. 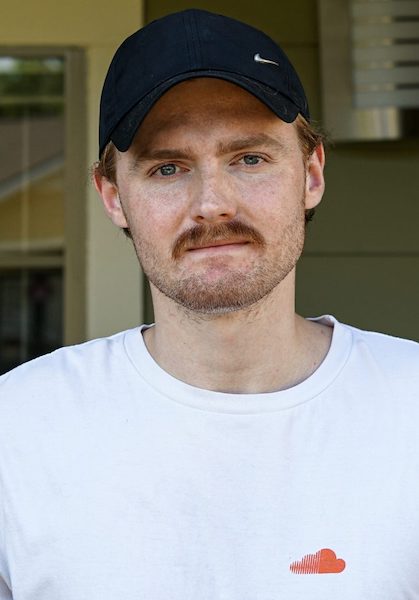 Elliot Grime has a produced a documentary photography book accompanied by the required written element for the documentary thesis track at the University of Mississippi’s Center for the Study of Southern Culture. Submitted photo

Originally, I produced documentary work that focused widely on the Southern experience,” Grime said. “As my fieldwork and knowledge progressed, I became more intrigued with the way that history is remembered in the cultural landscape of Mississippi.

“This led me to producing a body of work which focused on the prolific idealization of history throughout the state, focusing on how it is represented, reflected and influences Mississippi society in the modern day.”

His work revolves around conservative ideologies that influence various facets of society, such as religion, politics and education, and how these institutions help reinforce said ideological concepts.

“The photographs included in the documentary are made in towns and cities of varying racial demographics and population sizes, from the small town of Sumner in the Mississippi Delta to the comparatively huge state capital of Jackson,” he said. “The documentary assesses how similar cultural representations of history can be witnessed in such differing locations, and how the communities are impacted by this.

“The project also contains text that delves deeper into the history of the locations, highlighting the various issues that can’t be expressed through the images alone. The text is essentially providing the theoretical background of the documentary while the images highlight how the theory is impacting and reflected in contemporary society.”

Additionally, he studied the communities of Marks, New Albany, Oxford and Clarksdale. While his focus is primarily on the central town or city, some images are made in the wider surrounding county, looking at both Black-majority and white-majority populations.

“The Jackson series evaluates issues of how Black history is (not) remembered versus how white history is idealized,” Grime said. “This is achieved by comparing the continued restoration and maintenance of the Old State Capitol, while the once-thriving Farish Street, referred to as the ‘Black Mecca’, has seen decades of failed attempts to restore and remember its diverse history.

“When looking at the Sumner series, we see similar issues with rarely any attention given to the complicated history of Emmett Till and the resulting murder trial, while white history is idealized and a most prominent feature of the town.”

As an undergraduate at the University of Winchester in the United Kingdom, Grime focused on American studies and has always been interested in the impact that the United States has across the globe. After a semester abroad in upstate New York at Alfred University, he knew the best way to continue studying this part of the world was to live here, so he was awarded a graduate assistantship from the British Association for American Studies to attend UM.

His committee includes Southern studies faculty member Andy Harper and art professor Brooke White, and Grime credits thesis adviser David Wharton, assistant professor of Southern studies and director of documentary studies at Ole Miss, with helping him narrow down his original wide focus about how he personally experienced the region as an outsider.

Although COVID-19 slowed down his original graduation timeline, Grime successfully defended his thesis July 23. He said the extra time this summer gave him a chance to finesse the work into something that he is truly proud of.

“It was the more time I spent out in the field that the more I came to be fascinated with the idealization of history throughout the state, and the way that the past is remembered,” Grime said. “It was the realization of this fascination which took the project from being rather unfocused to being the more interrogative work that it is today.”

“Seen through the eyes of a British newcomer to the state, the pictures, along with their accompanying texts, suggest that the state’s seeming attachment to the past has a negative impact on its present that will continue on into the future,” Wharton said.

Grime’s research included reading books, journal articles and census data from the past century, but he realized he needed something more.

“While this gave me all the factual background I needed – as the primary focus is on culture – I also had to find out what it was genuinely like in many of these locations and what is impacting them today,” Grime said.

“I achieved this through two primary methods: reading news articles about Mississippi as a whole and the specific locations I chose to center the work around, and also, ask questions and speak to people I met in these places, find out what they felt about their community and what it’s like to live there.”

In the future, Grime would like to continue documentary work, he said.

“As I feel I now have a deeper, more competent, understanding of Southern culture, I would love to pursue a documentary that is about the representations of masculinity in the contemporary South,” Grime said.