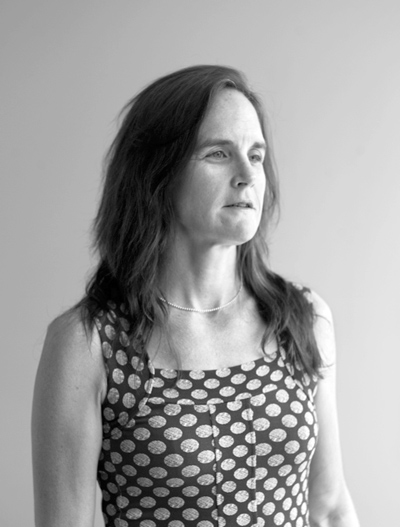 A University of Virginia professor and Southern scholar will give the annual Gilder-Jordan Lecture in Southern History next week at the University of Mississippi.

Grace Elizabeth Hale will present “‘So the Whole World Can See’: Documentary Photography and Film in the Civil Rights Era” at 7:30 p.m. Wednesday (Oct. 10) in Nutt Auditorium. The lecture, which is free and open to the public, is sponsored by the UM Center for the Study of Southern Culture, along with partners from the UM African-American studies program, Center for Civil War Research and the Department of History.

This year’s lecture is also part of the university’s commemoration of the 50th anniversary of its integration.

Hale is professor of history and American studies at the University of Virginia, and her research focuses on 20th century U.S. cultural history, history of the South, documentary film studies and sound studies. She is author of 2011′s “A Nation of Outsiders: How the White Middle-Class Fell in Love with Rebellion in Postwar America” (New York: Oxford University Press) as well as “Making Whiteness: The Culture of Segregation in the South, 1890-1940″ (New York: Vintage, 1999). Hale is one of the most original and challenging scholars studying Southern history and culture, said Ted Ownby, director of the Center for the Study of Southern Culture.

“‘Making Whiteness’ discusses points of complication and uncertainty, as when well-dressed, middle-class African-Americans rode in first-class train cars or when opportunities for shopping made lines of segregation unclear,” Ownby said. “I also like it that Hale writes provocative prose, and students in our classes have spent a lot of time debating and arguing for and against her work.”

Hale’s second book, “A Nation of Outsiders,” studies Southern topics as part of the national development as a rejection of middle-class identity that one can see in the writings of Jack Kerouac and Holden Caulfield, as well as Elvis Presley’s music. She argues that being an outsider became a widespread cultural goal.

“With the Opening the Closed Society events, we’ve been thinking so much about racial segregation and integration that it will be good to hear her analyzing how people in the 1960s were documenting both the problems and the possible solutions,” Ownby said. “What seemed newsworthy, who deserved the attention of documentary-makers, and what kinds of documentaries were especially popular during and after the civil rights movement? Hale always likes to challenge us with new questions and new perspectives, and I’m looking forward to how she studies documentaries.”

The Center for the Study of Southern Culture will show “We’ll Never Turn Back” as part of its Brown Bag lunch program at noon Wednesday (Oct. 10), with Grace Hale and others discussing the film. “We’ll Never Turn Back” is a 30-minute film made by the Student Nonviolent Coordinating Committee in 1963 about civil rights workers in Mississippi.

“Sometimes her work is so challenging that it can get under people’s skin a bit, and that’s great – we all need that, even if we don’t always want it,” Ownby said.

Past Gilder-Jordan speakers have been Barbara Fields and David Blight. To see Blight’s lecture on Civil War memory in the civil rights era, visit https://southernstudies.olemiss.edu/2012/02/23/gilder-jordan-southern-history-lecture-series/.

The Gilder-Jordan Speaker Series is made possible through the generosity of the Gilder Foundation Inc. The series honors Richard Gilder of New York and his family, as well as his friends, Dan and Lou Jordan of Virginia.