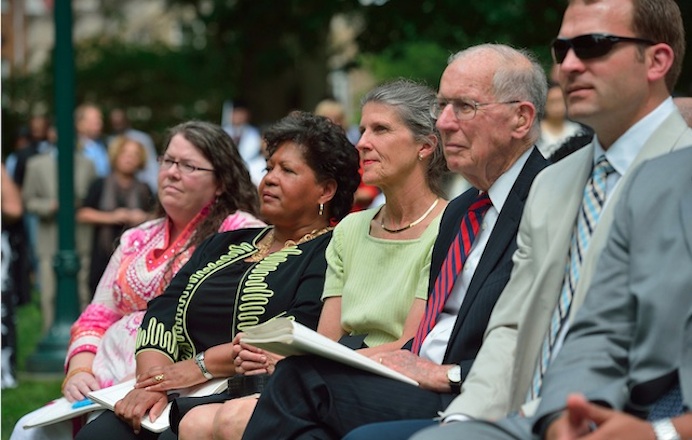 Glisson in the new home of the Winter Institute in Lamar Hall. | Photo Kevin Bain/Communications

Susan Glisson, executive director of the William Winter Institute for Racial Reconciliation, “looks … history squarely in the eye and insists that others do the same,” according to the popular magazine featuring “the best of the South.”

One of four honorees Southern Living selected in 2013 “who represent the next generation of leaders forging a better future without forsaking a bitter past,” they celebrate Glisson “for pioneering a community-based model of truth-telling and reconciliation.”

She says her mission is social injustice—working to change the conditions that have created a legacy of inequities. She believes that racism can be eliminated in her lifetime.

“I don’t think its easy,” Glisson said. “It takes hard work. But it can happen. I’m seeing it happen in Mississippi every day.”