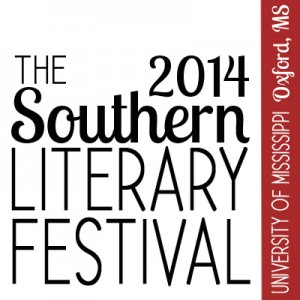 A popular gathering for student writers and their faculty mentors returns to the University of Mississippi this month.

The Southern Literary Festival, scheduled for March 27-29, will be held in conjunction with the Oxford Conference for the Book, another annual event that has brought together both established authors and rising stars in the literary world for more than 20 years. With generous funding provided by UM’s Department of English and through collaboration with the Center for the Study of Southern Culture and the Center for Writing and Rhetoric, more than 200 attendees are expected at the three-day gathering.

“This is an annual festival for undergraduates across the South who are interested in creative writing,” said Angela Green, writing enriched curriculum instructor and SLF secretary-treasurer. “Our university hasn’t hosted in many years – since 1995 – so we are excited to have the chance to do so again, particularly since the festival coincides with the Conference for the Book.”

Public readings are free and open to anyone in the community. Scheduled workshops and writing competitions are closed to all, except attendees from member schools. Between events, festival attendees can hike the trails behind William Faulkner’s home, Rowan Oak, or spend time sipping coffee and perusing works by Barry Hannah, Larry Brown, Tom Franklin and Beth Ann Fennelly.

“We are thrilled to host the Southern Literary Festival’s 25 member colleges and universities from across the South,” said Elizabeth Spencer, instructor of English and SLF president. “Oxford and the University of Mississippi enjoy a vibrant heritage, and we are excited to share that with some of the brightest undergraduate creative writers and scholars in the region. We hope that many of our attendees will find their way back to Oxford and consider one of our outstanding graduate programs for the near future.”

Highlights of the festival include readings and live music on Thursday afternoon with Thacker Mountain Radio, a keynote dinner Friday evening with Grisham Writer-in-Residence Megan Abbott, followed by a celebration of north Mississippi hill country blues at the Powerhouse.

The Southern Literary Festival is an organization of Southern colleges and schools founded in 1937 to promote Southern literature. Each year a different school hosts the event, which is essentially an undergraduate writing conference that includes writing workshops in fiction, poetry, creative nonfiction, and playwriting; a writing competition in those areas as well as in formal essay and literary-arts magazine. It is traditionally a venue in which the participating students, faculty and general public attend readings by well-known writers.

Robert Penn Warren, a former professor at LSU, was one of the festival founders. He spoke at the conference on a number of occasions, as did Eudora Welty, Katherine Anne Porter and Flannery O’Connor, who won an award at SLF as an undergraduate and later headlined the conference as a nationally prominent writer.

For more information about the Southern Literary Festival or to register, visit http://www.southernliteraryfestival.com.