‘Six Characters in Search of an Author’ to Open

by Ashton Dawes, Courtesy of The Daily Mississippian
April 10, 2014 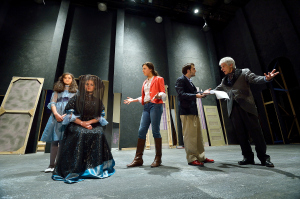 Ole Miss Theatre has been burning bridges and tearing down fences with this season’s theme, Breaking Boundaries.

As the school year comes to a close, Ole Miss Theatre still has a few more boundaries to break in their last show of the season: “Six Characters in Search of an Author.”

The play originally premiered in Rome in 1921 as an absurdist play, and the plot line is certainly unexpected. The story follows six characters who have come to a theater company to ask the director to write their unfinished story.

It has a flair similar to “Inception,” but instead of dreaming versus waking, the play asks who is real and who is not, controversial content it was noted for when it was first released. 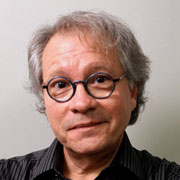 The challenged traditions in the play are the broken boundaries in this performance. There is a play within a play. There are actors playing actors, and there are characters who have come to life who are not actors.

“It’s disturbing because it shows us that life can be disturbing,” Cantú said. “It shows the truth, and the truth hurts.”

“The Director is kind of the pathway for the audience to understand the situation,” said Logan Little, the actor playing The Director, of his character.

He is one who makes the discoveries along with the audience as the characters demonstrate what human consciousness means, what reality really means and what the importance of memory is, according to Little.

His fellow actor, George Kehoe, who plays The Father, a character juxtaposed against The Director, is the one responsible for letting The Director come to these discoveries but not without first confounding him with his philosophy.

“The story is about the contrast between reality and illusion and what is most important to us as human beings,” Kehoe said. “It shows us the importance of the residue left behind by each experience we have as humans.”

As is slightly inevitable with a theme like breaking boundaries, the season has put on a couple shows that have been difficult to understand, but the cast is certain this show is not nearly as confusing as it is thought-provoking.

“It’s not difficult to understand,” Little said, “As long as someone isn’t on their iPhone, the show is directed well enough to make sense. Everyone will leave thinking they’ve had a great intellectual experience.”

Although the season is ending, it is not coming to its final curtain without leaving a lasting impression.

“All you have to do is look at ‘Laramie Project,’” Cantú said. “It proves that our theater department can break boundaries.”

But these broken boundaries bring risks to the theater, making the public opinion about each show difficult to predict.

“I have no idea how people will react,” Cantú said. “I have tried to tell the story as interestingly as possible and tell people the point.”

Despite his words, Cantú, the cast and the crew are all excited for opening night, ready to showcase their hard work and dedication.